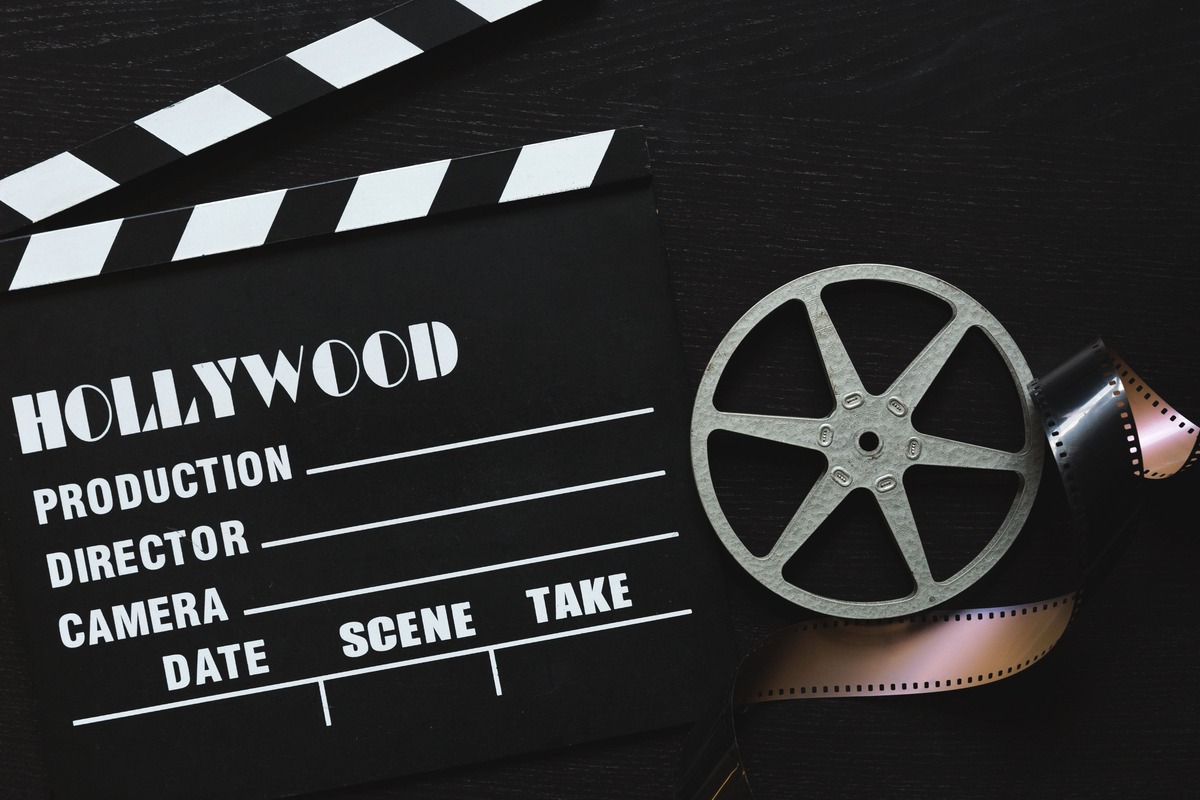 Top Comedy Performers Who Also Got Some Box-Office Success

You could hear critics sometimes say, ‘’Comedians are usually known for telling joke after joke, they are funny, they make everyone laugh, but they don’t really know how to act.’’

Maybe some of them don’t, but some of them became, or always were, great actors. It’s enough to mention the name of the late Robin Williams, who also won an Oscar for Good Will Hunting.

At the end of the day, it doesn’t matter if some of them are A-list actors or not; the fact is that most of them make movies sometimes, and some of them were acting in big hit films with huge box-office success. And if you buy comedy tickets to watch their live performances, you will see by their stage act why they were part of such big movies.

Therefore, let’s see some of the top comedy performers who had some box-office success.

The incredibly funny Chris Rock is a perfect example of a comedian having a career that’s successful on a number of levels. He hosted the Oscars, he is considered by many one of the top 5 comedians of all time, he acts in some interesting movies, and even directs and writes himself.

Some of the movies he has been a part of that have been a box-office success include Down to Earth, Dogma, and Spiral: From the Book of Saw. He was the leading role in Down to Earth, which is a fantasy-comedy movie, and Chris was also one of the writers of the screenplay for this box-office success. The film had a budget of $30 million, and it had a box office of $71.2 million. This comedy grossed $64.2 million in the USA and another $7 million outside the United States.

In Dogma, he wasn’t the leading man, but he had a supporting role, and actors like Ben Affleck, Matt Damon, Alan Rickman, and Salma Hayek were also part of the cast. Also a fantasy-comedy, Dogma was made for only $10 million, and it had a box office of $44 million.

Last but not least, Rock’s latest movie, Spiral: From the Book of Saw, which is not a comedy but a mix of crime, drama, and horror, didn’t come across great critical success, but it already has a box-office success. Rock is the leading role alongside Samuel L. Jackson, and the movie had a $20 million budget, and it has already grossed $40,618,920 worldwide.

When it comes to the top 5 comedians of our time, Seth Rogen should most certainly be on the list since he has been at the top of his game for quite some time now. And not only he has had success as a stand-up comedian, but Seth is also maybe the most successful comedian when it comes to box-office success.

A number of movies can be listed which grossed millions of dollars, and he also had the privilege to act alongside some great actors like his friend James Franco and Charlize Theron. And one of the best movies he did is actually with Franco, Pineapple Express, a comedy film made for $27 million, and it had a tremendous box-office success since it grossed more than $101 million all over the globe.

Yet another massive success in the movie business for Seth was a movie he also directed alongside Evan Golberg titled This Is the End, which on a $32 million budget made more than $126 million.

Not only one of the top 5 comedians today, Kevin Hart is probably the number one comedian in the world right now. His stand-up shows are extremely popular among fans all over the world, he acts in many hit comedy movies, and he always has highly entertaining TV appearances, whether as a Jimmy Fallon guest or anywhere he shows up. People simply love the man since he is amazingly funny.

Kevin Hart has been part of 100 movies by now, he has been a producer of more than 40 movies, a writer for 26 whether it’s movie or TV show, and he has even directed twice. Therefore, there are many movies in which Hart has been a part of that have made a lot of money. In fact, once you have him in the picture, you get a stable box-office success by default.

Nevertheless, one film that most certainly had an impressive success is Jumanji: Welcome to the Jungle. Kevin played one of the leading roles alongside Dwayne Johnson, Jack Black, Karen Gillan, Nick Jonas, and Bobby Cannavale. This entertaining movie had a massive budget of up to $150 million and even a more significant box-office success since it grossed more than $962 million.

It may not be as appropriate to list Tina Fey as one of the top 5 comedians since she is even more than that. Fey is also an actress, producer, writer, and even a playwright. She is widely known for her sketch comedy, and she did work on the NBC sketch comedy on Saturday Night Live from 1997 until 2006.

Apart from being an extremely talented comedian, Tina also had great success when it comes to the movie business since she has three Golden Globe Awards. Of course, she acted in many hit movies, in many big productions, but the one that was an astonishing box-office hit is Mean Girls, in which she starred and also wrote the screenplay for as well.

Believe it or not, this teen comedy movie managed to make a box-office success of an astounding $130.1 million on a $17 million budget. Also, it was critically acclaimed, and Rotten Tomatoes even put the film on the Top 50 Greatest Teen Comedies. Even though critics often destroy teen comedies, Mean Girls was a success in every possible field, and it remains popular among comedy fans to this day.

It may be challenging to decide who are the top 5 comedians ever, but it is easy to determine who is the box-office king in comedy movies. Adam Sandler is widely regarded as one of the best comedians but also producers in the entire world. Thanks to his producing company, he became a multimillionaire and is one of the wealthiest comedians ever.

After finishing his work with Saturday Night Live, he went on to make Hollywood movies, and both he and the production companies of those movies were more than happy since combined together, they made more than $2 billion. As of 2020, Adam Sandler has an estimated net worth of $420 million, and luckily for him, he has signed a four-film deal with Netflix that is worth more than $250 million.

We would have to list numerous movies when it comes to box-office success with Adam Sandler; it’s literally a no-ending list. But the one that will provide you with a lot of fun and it also was a significant success is Grown Ups. Sandler was also one of the writers of the screenplay alongside Fred Wolf, and the cast included some fantastic actors and comedians such as Salma Hayek, Kevin James, Chris Rock, David Spade, Rob Schneider, Maya Rudolph, and many more.

Grown Ups had an estimated movie budget of $80 million, and it grossed over $271 million all over the world. Whenever Sandler makes a movie, it is a box-office success, and what is even more interesting is that when given a chance, he has shown that he is a great actor as well. Some of the movies that show his acting qualities are Paul Thomas Anderson’s Punch-Drunk Love and the recent critically acclaimed Uncut Gems, which was also a box-office hit.

It is fair to say that Amy Schumer is much more known and recognized for her stand-up performances than acting in movies. Nevertheless, Amy has already appeared in 29 projects, and she is also known as a writer.

Out of all her movies, the one that was the biggest box-office hit is the romantic comedy film titled Trainwreck. Schumer wrote the script for this film and also played one of the leading roles together with comedian and actor Bill Hader. Moreover, it was directed by one of the best comedians of our time, Judd Apatow.

Rom-coms are a type of comedy movies where oftentimes they are massive box-office hits or a total disaster. Well, luckily for Amy, Trainwreck was a major success since it went on to make more than $140 million on a $35 million film budget. What is even more interesting about this movie is that part of the acting crew was American professional wrestler John Cena and the basketball superstar of the Los Angeles Lakers LeBron James. Maybe not the best artistic crew but most certainly a box-office success.

Last but not least, Chelsea Handler should be on this list; even though she doesn’t act in leading roles in movies, she has been part of films that had an enormous box-office success in the industry.

One of those movies is the romantic action-comedy titled This Means War starring superstars Reese Witherspoon, Chris Pine, and Tom Hardy. Chelsea had a supporting role in the movie, and this comedy is probably the best box-office movie she has ever been a part of in her entire career. This Means War had an estimated film budget of $65 million, and it grossed more than $156 million around the world.

Handler certainly doesn’t intend to become a big movie star, but she is already a huge star because of her impressive stand-up comedy, the various talk shows she has done over the years, and her charismatic personality.

We have come to a conclusion that it is definitely not easy to choose who are the top 5 comedians of our time, but it is more than evident that these comedians are great stand-up performers with huge box-office success when it comes to movies.

And since we all went through some difficult couple of years because of the Covid-19 pandemic, now is the perfect time to buy stand-up tickets and attend a live show from one of these performers. Laughter is necessary in these difficult times, and these comedians will for sure brighten your day.