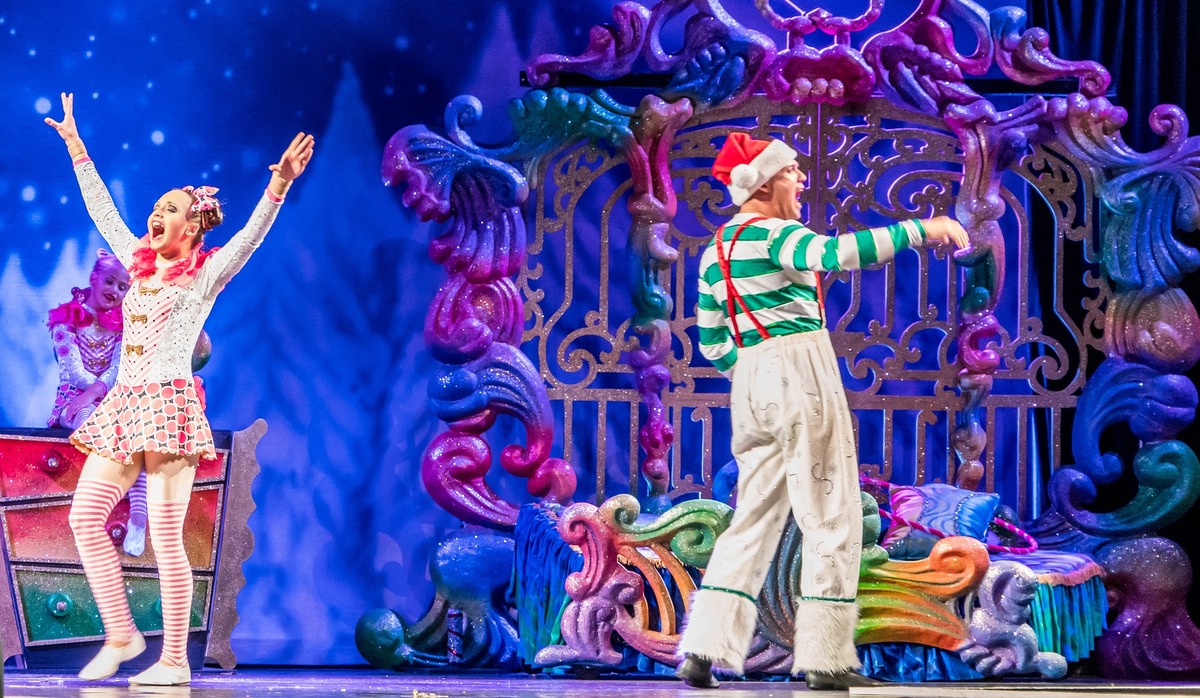 The month of December is approaching, and with it, one of the most important events of the year, Christmas will be here before we know it. These are the dates on which the major cities in every country will take advantage of the opportunity to install street lighting in their most congested areas. This Christmas, without a doubt, will be more memorable than last year’s, when constraints imposed by the coronavirus epidemic hampered the development of the holiday, both in terms of travel to other areas of our country and in terms of family or any other gatherings.

However, we recognize that not all families view this celebration in the same way; we also recognize that many people have lost their enthusiasm for these dates and regard them as a means of money waste, however, no matter where in the world you are from, joy can be spread anywhere, and on this date, we can undoubtedly take advantage of the opportunity to make many people happy.

The little things, or the big things – name them as you wish, they are essential and can make someone’s holidays spectacular. Among these lovely things is also going to see some masterpiece theater shows. Cheap theater tickets are already available, and there are live December events on every corner. There is a broad variety of masterpiece theater shows to choose from, whether it is comical or dramatic, musical or textual, realistic or symbolic, amateurish or professional, tailored to specific age groups or families, classical or contemporary. Chicago theater shows, Boston theater shows, and many more are waiting for you!

Christmas has arrived once more, but Mr. Scrooge is still as unhappy as he always is. He dislikes holidays in which everyone is pleased since a holiday is a day when there are no sales, no money, and that frustrates him greatly. Therefore he avoids them at all costs.

But this Christmas Eve, the grouchy old miser will have a different experience. In the spirit of his deceased business colleague, Marley, who died many years ago, he’ll visit him to warn him that his attitude toward life and people will bring him to his death. Marley plans to send him some specters that will allow him to see the consequences of his deeds, both past and future. When Scrooge regains the Christmas spirit, he will recognize that he was on the wrong path and will change his outlook. As fate would have it, he decides to become a better person.

A Christmas Carol is a show that encourages us to believe in the goodness of people and the hope for a better future in a time when everything appears confusing.

Winnie the Pooh was born out of Alan A. Milne’s first birthday gift to his son, Christopher Robin, who would go on to become one of the world’s most beloved children’s characters. For many English families, poet and playwright John Betjeman provided a type of post-war respite through the cuddly bear tales he wrote after seeing the horrors of the First World War. Since his pages did not discuss wars, but rather peace, love, friendship, and teamwork, the repercussions of war were eclipsed by the adventures of Robin and Winnie and their companion’s Piglet, Igor, and Tiger. The magical story of Winnie the Pooh is definitely worth seeing in theaters in the company of your friends, family, or children.

Since Christmas is the magic season, we can’t skip Aladdin, which is among the best Broadway shows.

In the artistic direction of Walt Disney’s 31st animated feature, Aladdin, we discover the names of Ron Clements and John Musker. However, while Robin Williams’ voice has been used in the American version, the Spanish version has the voice of comic Josema Yuste. In addition, dubbing has been given considerable weight. According to Wikipedia, “Aladdin and the magic lamp” is based on the book “the thousand and one night.” However, like with many Disney adaptations, the storyline and character traits have been changed substantially.

It is Aladdin, a little child, and his loyal monkey Abu who engage in small-scale thievery in the market of Agrabah in order to survive. Observing the Sultan’s palace from the walls of his humble home, Aladdin hopes to one day meet the beautiful princess Jasmine. Unfortunately, despite being courted by the wealthiest princes in the East, the Sultan’s daughter has yet to choose a marriage inside the palace walls.

How The Grinch Stole Christmas

This is among the most impressive and masterpiece theater shows. The audience will experience an exciting journey that will keep them guessing until the very end, a rhyming text that is enjoyable and great for listening to it with grace, and a happy ending that is full of good values. Furthermore, it is spectacular that describes what Christmas is all about. If you adore this time of year, How the Grinch Stole Christmas will profoundly impact you because it resonates so strongly with the emotion that we all experience.

The Phantom Of The Opera

The musical The Phantom of the Opera is a New York City classic. Musical theater fans love this event because of the spectacular staging and costume design by Maria Bjornson and Andrew Lloyd Webber’s fantastic score. On the basis of a novel, Charles Hart composed the music, and Gaston Leroux wrote the words for this beautiful musical.

The emotive story, which is based on “the cycle of life,” describes the voyage of Simba, a lion cub, from the time of his birth until he grows up and ascends to the throne as the legitimate King of the land of Africa. In the story of Simba, he is the son of the all-powerful King Mufasa, who guards him against harm. He does not anticipate the ruse of his uncle Scar, who produces a calamity on the savannah by assassinating his brother Mufasa, causing the death of millions of people. Simba, orphaned and terrified, flees the scene of the tragedy, and it is at this point that his true story of survival takes shape. He will be able to return home and recover the throne that is rightfully his as an adult, thanks to the help of his new pals, the warthog Pumba and the meerkat Timon.

More than one viewing of The Lion King is recommended, not just for the story’s excellence but also for the life lessons it imparts to the audience.

Frozen was one of the first Disney films to demonstrate that princes were not always required in the story. Consequently, following the events of Rapunzel and Brave, the sisters of Arendelle reinforced their ability to function perfectly on their own. It is definitely on the list of masterpiece theater shows and plays and the holiday season is perfect for it.

And, do you remember Olaf? Despite his intent to become one of Disney’s most aggravating characters, Olaf has managed to win over even the most jaded of hearts over the years. His sensitivity, optimistic attitude on life, and some of his lines, such as “There are people worth melting for,” have helped him become one of the most beloved characters in the franchise.

The legend of Santa Claus’s reindeer has become one of the most well-known Christmas stories of all time. This legendary sleigh, drawn by nine reindeer who fly through the skies to accompany Santa Claus on his mission to give gifts to all of the children who have been good citizens all year, is one of the most widely depicted legends in literature and films all over the world.

However, once upon a time, there was a reindeer named Rudolph, who was born with an unusual and remarkable huge and shiny red nose, and was the only reindeer in the world. Every day, the other reindeer mocked Rudolph with words such as “you look like a clown,” “you have an apple on your nose,” and other such insults. As a result, Rudolph was highly self-conscious, and with each passing day, he drifted more away from people. And everyone loves this sweet little reindeer; it doesn’t matter if you are a child, a teenager, or an adult. So this Christmas, give yourself a wonderful experience and enjoy this masterpiece theater show, Rudolph The red-Nosed Reindeer.

Doesn’t it seem like the year flew by? Too many things to remember, thank, let go, forgive, and too many things waiting to be experienced.

We enjoy the lights, decorating our space in our own unique style, going for a walk and seeing many people, and above all, seeing so much activity in the streets, events, and, most importantly, sharing those special events with the ones we love throughout the holiday season. Don’t forget to enjoy this holiday season as well!