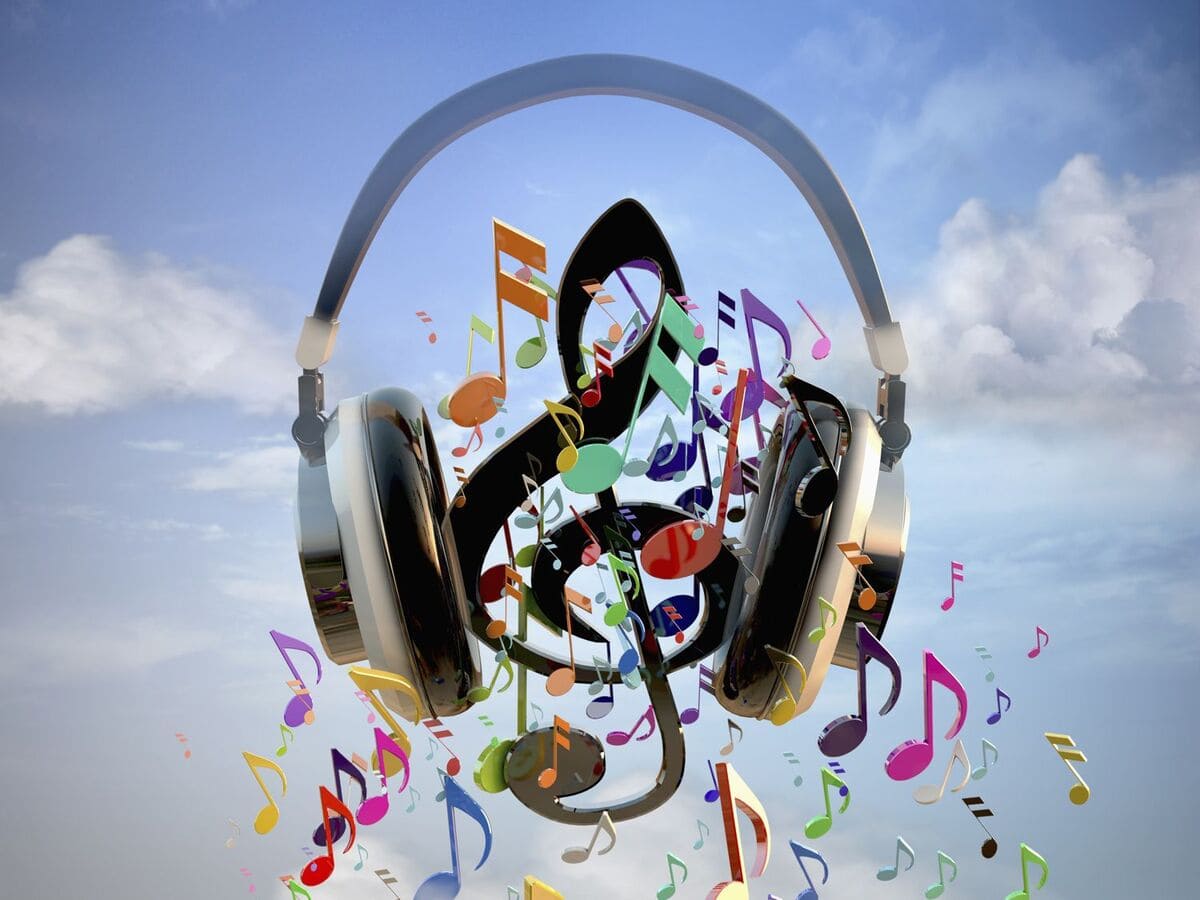 How many times have you listened to that song that you knew would make you feel better when you listened to it? Or you might attempt to think about it this way: Don’t the best memories have their own soundtrack?

Music is something that stays with us throughout our lives and, thankfully, contributes to our overall happiness.

Although listening to music on its own might provide pleasurable feelings, the impacts of music go well beyond simple pleasure. When we put our body and our brain in a condition that satisfies us, we are inadvertently helping other processes along the way.

To put it another way, there are a number of different aspects that come into play between music and happiness. And, there is something very special that provokes our happiness and good feelings once we hear a new song by our favorite performer.

New albums by that one performer who was always there with their music in our sad and happy moments? Yes, please!

So, let’s see what the rest of 2022 brings us in the music industry and the upcoming albums 2022 we can’t wait to listen to!

Before we head to the upcoming albums 2022, we have to mention that Bad Bunny has really captivated the hearts with his latest album which is on fire!

At the beginning of May, he released “Un Verano sin ti”, a production with 23 songs that includes the hit “Callaita”, released in 2019, and that already exceeds 980 million plays on Spotify.

We haven’t even reached boreal summer, but we already know that this album is going to accompany us during all those summer nights of partying, relaxing in the backyard, romantic evenings home alone, or perhaps even enjoying it at some of his live performances.

And now, in continuation, let’s see what is on the list of upcoming albums 2022.

Jack White is returning with not one, but two solo albums. It has been almost four years since the release of Boarding house reach, and he has already released a new album with The Raconteurs.

It has been a while since he disclosed that he is returning in 2022 with Fear of the Dawn and Entering Heaven Alive (HERE are the specifics), both of which we will be able to listen to in their entirety this year, respectively, and it goes without saying that this piece of information has made us very happy and excited.

Launch date: One is already released in April, and the next one will be in July 2022

The release of Acacia Strain‘s album Slow Decay in 2020 marked what appeared to be the beginning of the band’s third era.

The Massachusetts band, which is fronted by Vincent Bennet and has a voice that sounds like a banshee that has been pitched up a couple of octaves, contributed to the development of deathcore in the 2000s, embraced sludgy beats in the 2010s, and experimented with death metal on their most recent album.

Whatever happens next will definitely result in broken necks.

What do you think 3TEETH was doing during the pandemic? Making a new album while hiding out in a bunker in the middle of the California desert with a lot of weaponry and a small group of creative collaborators (Ho99o9 and Dana Dentata).

They approved industrial metal insurgents released their most recent long-player, titled Metawar, in 2019, and it sounded like Armageddon, so the band’s follow-up album should be wonderfully post-apocalyptic.

If the new single “The Chapeltown Rag” from Slipknot‘s 2021 album is any indicator, the band’s upcoming album will be a real treat.

Throughout the course of the previous year, Corey Taylor and Shawn “Clown” Crahan discussed the upcoming We Are Not Your Kind sequel. The percussionist referred to the songs as “divine music,” while the frontman stated that it contains “some openers that are going to shock people.”

That is the sound that we are hoping to hear, and Taylor says that it is possible for us to hear it as early as summer 2022.

Later on, in 2002, Rihanna will release her new album, which will be her first since the release of her Grammy Award-winning album Anti in 2016, and she will dedicate it to her fans.

In addition to the impending arrival of her first child, the star of Barbados is hard at work on the publication of a new body of work, which her admirers are already very excited to see.

Anti, Rihanna’s most recent studio album, was issued in 2016. The famous dancefloor single Work was a big victor at the Grammys, and it was featured on the 16-track album that featured a collaboration with the Canadian rapper Drake.

‘’I Let It in and It Took Everything’’, which was released in 2020, announced the advent of the UK band Loathe as a serious force to be reckoned with. The album effectively fused the glittering ambiance of Deftones-style music with the twisted sound of Code Orange.

‘’The Things They Believe’’, an experimental ambient long-player released in 2021, paved the way for these up-and-coming artists to create sounds that are stranger, more beautiful, and crushing, and now we can’t wait for more.

This time around, Christina Aguilera will be releasing a compilation of three extended plays (EPs) spread out throughout the course of the year 2022.

This is her first album that is entirely in Spanish, and she has already released the first song, which is titled “Pa’ Mis Muchachas.” It is a fruitful collaboration with Becky G, Nathy Peluso, and Nicki Nicole, and it was released.

Launch date: During the course of 2022

However, as it has been stated that Robert Smith and crew have been spending all this time recording some material, the year 2022 may be the year that we finally hear the next studio album that they have been working on. Now would be an appropriate time to light the candle.

Because of the success of After Hours, 2020 was undeniably The Weeknd‘s year because his music was heard all over the place. Not only was he in charge of the halftime show at the Super Bowl in 2021, but he also collaborated with a number of artists, including Swedish House Mafia, Rosalia, and even Post Malone.

However, the fact that he has been teasing us with details about his upcoming album for quite some time has piqued our interest as we really adore his different music styles. Who knows, maybe he’ll blow our minds by releasing the album in 2022, which would leave us completely speechless. Could this be among the most awaited upcoming albums 2022?

The Arctic Monkeys are yet another band that we do not see nearly enough and greatly miss.

In 2018, Alex Turner, Matt Helders, Nick O’Malley, and Jamie Cook introduced us to the controversial Tranquility Base Hotel + Casino.

However, since that time, they have not displayed any signs of life. Fortunately, the band’s drummer confirmed that the new album is almost ready, and there is a significant possibility that they will surprise us by releasing it in 2022.

Since the release of her most recent album in 2017, Björk has been involved in a variety of projects, each of which requires her mysterious intellect.

As of the year 2019, she has traveled around numerous nations in North America and Europe as part of her Cornucopia tour.

What about the artist’s upcoming album? There is very little information available at this time regarding the work that will follow Utopia, nevertheless, the Icelandic artist has lately guaranteed that it will be a danceable piece that is geared toward individuals who “make their living room a nightclub.”

We are aware that Damon Albarn maintains a high level of activity and is constantly working on various endeavors for his many enterprises.

On the other hand, he revealed some time ago that after the conclusion of the first season of Song Machine, he immediately began working on new music for Gorillaz.

However, it is conceivable that in 2022 we might have a new album by this band, so let’s cross our fingers and hope for the best because we also want to see them performing live, right? For the time being, the only thing that we know for certain is that he has been working in the studio.

When it comes to her musical moves, Beyoncé is known for her ability to maintain a low profile. This ability is one of the things that define her.

Nevertheless, it will soon have been six years since the publication of her critically praised album Lemonade (2016), which is sufficient time to know that the “Queen B” is planning something significant.

In point of fact, the Single Ladies singer mentioned a couple of months ago that she had been working on new solo music for about a year and a half (in 2018, she released Everything Is Love with Jay-Z), and despite the fact that she did not go into details, everything points to it being among the upcoming albums 2022 steeped in love and hope for a new rebirth.

if we are being totally honest, his most recent works have sounded pretty good, and the Manchester Divo himself has said that they are some of the best albums he has made throughout the course of his career, we acknowledge that it is abundantly clear that Morrissey is not the saint of the devotion of many, and the truth of the matter is that we understand them.

Moz also mentioned that he already has his next album ready to go, but the problem is that no record label wants to publish it. Who knows, maybe someone will finally decide to put it out anyhow because we know that fans are impatiently waiting for it!

Since the last time we heard any new music from Paramore, it feels like an eternity has passed.

After the contentious album After Laughter was released in 2017, the pop-punk legends took a hiatus to go their separate ways.

This led to Hayley Williams working on the exquisite work Petals for Armor, in which the singer-songwriter indulged her more vulnerable side.

After five long years of waiting, there was much speculation regarding the band’s return, however, it wasn’t until recently that some news came out that the band will be making us happy again, and who knows, perhaps this will be on the list of the best upcoming albums 2022.

Rage Against The Machine

To close things up, we decided to save one of our powerful musical cards for 2022. ‘s announcement that they would play a series of shows in the United States!

However, in addition to all of this, and considering the fact that they have had a lot of time since these shows were postponed during the pandemic, we are hoping and praying that they have recorded a new album and that we will be able to listen to it this year.

Like every year, this year as well, fans are waiting for Upcoming music albums 2022 by their favorite artists, and the albums we talked about are among those that are highly speculated to be among the most upcoming albums 2022.

Some of these albums have not yet revealed their titles or release dates, but all indications point to their debuts occurring in the very near future.