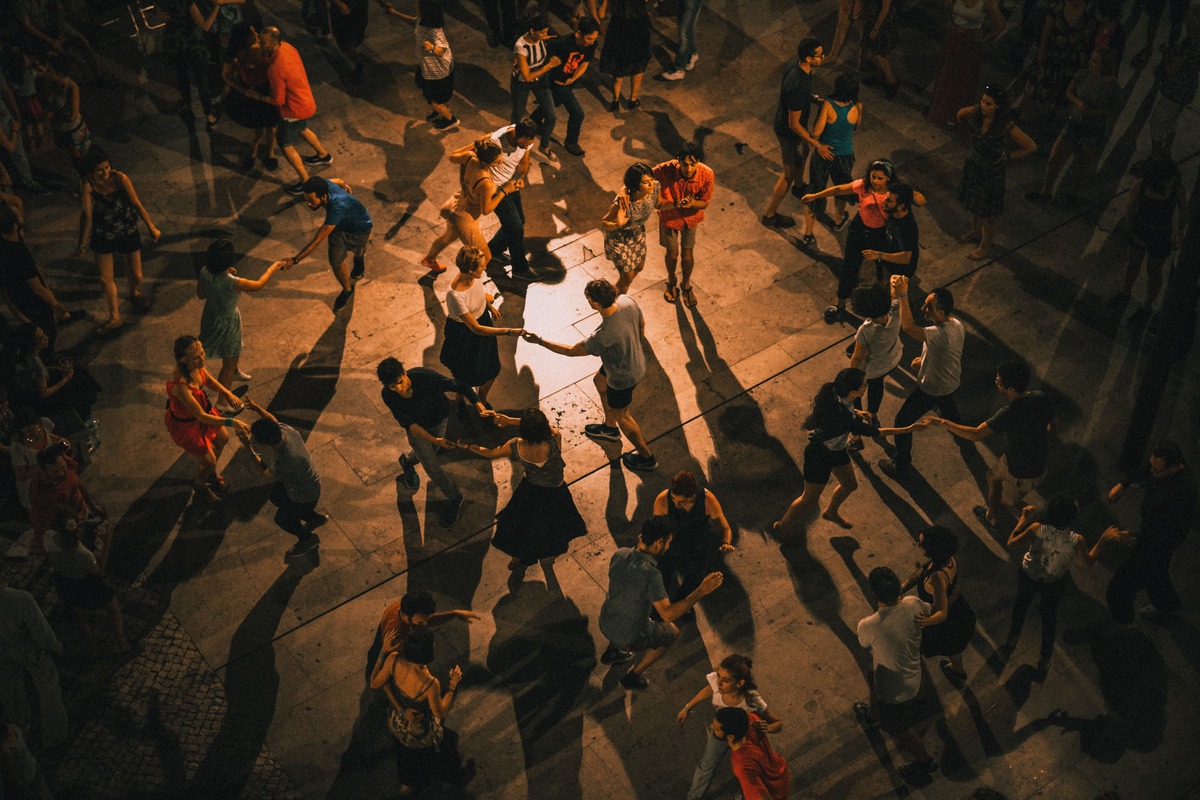 The music industry is enormous, and there are a lot of amazing performers that have conquered the world with their music in various music genres. And one of the most popular music genres is Latin music, but also there are many Latin music stars that are incredible singers.

Even though most Latin music singers are connected with this genre, there are also some of them who like to experiment with other music styles. That is why here we will see and make a list of the biggest music Latin stars and some of their best songs ever. So let’s not waste any more time and get into it right away.

One of the most popular Latin music stars is definitely Luis Fonsi, who became worldwide famous with the mega-hit song “Despacito” that he sings with Daddy Yankee. This song has an impressive more than 7 billion views only on YouTube, and the music video was the most-watched YouTube video of all time until November 2020. Luis Fonsi most certainly conquered the world, and if you want to hear him live, you should definitely buy some cheap Luis Fonsi tickets right away.

He also has broken 6 Guinness World Records and sold more than 11 million copies with “Despacito.” Of course, he also won every other possible Latin award you can imagine due to his success. Luis was nominated at the Latin Grammy Awards for Record of the Year and Song of the Year for the hit song “Aqui Estoy Yo,” and this song managed to win even three Billboard Latin Music Awards.

Shakira, as we can all agree, is one of the biggest Latin music All Stars that is famous all over the globe. For instance, according to Billboard, as of 2014, with more than 80 million albums sold around the entire world, she became the highest-selling Colombian performer and even the best-selling Latin singer ever.

But her success also applies on the most popular charts, and she isn’t shy of a record here as well since Shakira is the only South American performer to be at number one on the US Billboard Hot 100, the UK Singles Chart, and the Australian Singles Chart. Her mega-popular singles like “Waka Waka” and “Hips Don’t Lie” have become one of the most popular Latin-style songs ever, and there isn’t almost a single person on the planet that doesn’t know some of her songs.

Without one of the greatest Latin music stars ever, Enrique Iglesias, this list would not make any sense. When it comes to the best love songs, he is always considered one of the best singers.

Enrique Iglesias is also a songwriter, and he made the smart move at the beginning of the 2000s to start singing in English and definitely conquer the entire music industry all over the world. This move most certainly was the perfect decision since, as of October 2020, he holds the number one place on the amazing Greatest of All-Latin Artists charts, and he still holds the record, with 27 songs, for the most number-one songs on the Hot Latin Songs Billboard.

Furthermore, Iglesias is one of the best Latin music stars also because he has sold more than 130 million copies of his records all over the globe. With mega-hits like “Hero,” “Bailamos,” and “Tonight (I’m Loving You),” Enrique became a Latin music icon in the music business, and luckily for us, he continues to make great hits.

Some of us know him from his movies, and some of us know him for his singing; in any case, Marc Anthony is definitely one of the biggest Latin music stars ever since he is considered the best-selling tropical salsa performer of all time.

Having sold more than 12 million albums all over the globe and won six Latin Grammy Awards and three Grammy Awards, Marc Anthony made his mark in the music industry forever. He has released 13 studio albums in which the songs are created with a mix of various music genres. Salsa, Latin, tropical, soft rock, pop, R&B, and other genres are part of the menu, and with his interesting music videos, Anthony has attracted fans from different parts of the world.

Another reason Marc Anthony is one of the best is that he holds the Guinness World Record for being the best-selling salsa and tropical performer and having the most number-one studio albums on the Tropic Albums year-end charts of Billboard. Last but not least, Marc has the most number-one songs, more precisely 32, on the Billboard Latin Tropical Airplay chart.

Jennifer Lopez is not only an actress and a singer but also a great dancer. She is creative when it comes to live performances, and Lopez will surprise us even more in the future.

Jennifer became the first Latin actress who made more than one million dollars for a movie. She is considered one of the best dancers in the music industry. And she is the first woman ever to have a number one movie and album in the same week. Also, her remix album “J to tha L-O! The Remixes” was the first remix album to be at the top of the US Billboard 200 as a debut.

J.Lo has released 8 studio albums that have sold more than 70 million copies all over the world. Her mega-hit song “Ain’t It Funny (Murder Remix)” was at the top of the Billboard Hot 100 for six weeks straight.

One of the younger Latin music stars that have become extremely popular all around the world in recent years is most certainly J Balvin from Colombia. This young music superstar has already sold more than 35 million studio albums and singles worldwide, and his huge success made him a part of Time magazine’s annual list of 100 most influential people in the world in 2020. He was also regarded as one of the Greatest Latin performers ever by Billboard.

His mega-hit, actually one of many, “Mi Gente,” was at the top of the Global 50 on Spotify and managed to reach more than a billion views on YouTube, which was also another proof of how successful he is in the music world. J Balvin became the first Latin music star to headline some of the top-rated music festivals in the world, such as Tomorrowland, Lollapalooza, and Coachella.

Becky G may be born in the United States, but she definitely is part of the Latin music scene. She is the daughter of Mexican American parents, and her full name is Rebbeca Marie Gomez. Becky G is also an actress, and with only 24 years of age, she is already one of the top Latin music stars in the world.

She had her first mainstream success with her song “Shower” back in 2014, which managed to even rank in the top 20 of the Billboard Hot 100 chart, so this provided this single with a multi-platinum certification from the RIAA. “Shower” sold more than 2 million units in the United States, which is a great success for a young singer.

Becky G’s debut album “Mala Santa” was released back in 2019 and has sold more than 400,000 copies, and she established herself as one of the best Latin music stars in the world.

Another American Latino that definitely deserves to be a part of this list is Nicky Jam, who is one of the leading Latin trap and reggaeton rappers and singers in the world.

Nicky Jam was popular even before he entered the music industry since while working at a grocery store, he impressed a customer with his performance who invited him to record something with a local indie label. Of course, not everything happened overnight, but he is now one of the most influential Latin music stars in the music industry due to his dedication.

He has released six studio albums and 30 singles by now, selling more than 2 million copies worldwide. Nicky Jam’s most successful studio album is “Fenix,” which was released back in 2017, and this album was nominated for the Latin Grammy Award for Album of the Year. One of the best indicators that show how famous Nicky Jam really is is the fact that many of his songs have more than one billion views on YouTube.

Last but not least, to finish the list with one of the best Latin music stars ever, Daddy Yankee is a Puerto Rican performer that actually coined the word reggaeton back in 1994, believe it or not, and described the new music genre that will conquer the world.

His music is a mix of various genres like Latin, reggaeton, dancehall, pop, trap, and, of course, hip hop. Daddy Yankee has won 82 awards from 270 nominations since he became famous all over the world in 2004. Some of the most significant awards he has won include two Billboard Music Awards, 14 Billboard Latin Music Awards, five Latin Grammy Awards, two Latin American Music Awards, one MTV Video Music Award, six ASCAP Awards, and eight Lo Nuestro Awards. Also, Daddy Yankee received the famous Puerto Rican Walk of Fame star and was named “Most Influential Hispanic Artist” in 2009 by CNN. Back in 2006, he was also included in the Time 100.

He most certainly opened many musical doors for all Latin music stars because of his enormous career success, and he was even the collaborator on Luis Fonsi’s hit song “Despacito.” Daddy Yankee is like a Latin brand in the music industry, and many young Latin performers can’t thank him enough for making such an impression on the world by creating Latin music.

Here you have it, the top 10 Latin music stars that are undoubtedly popular all over the globe. The most interesting thing about these amazing performers is that their music is made for everyone to have fun while they are performing live. You don’t have to know the songs, and you can still buy some concert tickets and have a lot of fun.

That is why you should not waste any more time and pick some of these performers to go to a live concert to and start 2022 with a tremendous amount of fun. Latin music is always great for dancing and enjoying some time with friends. So, pick one, or pick more than one and make a list of whose concerts you want to go to this year, enjoy the atmosphere, and make some of the best memories of your life!