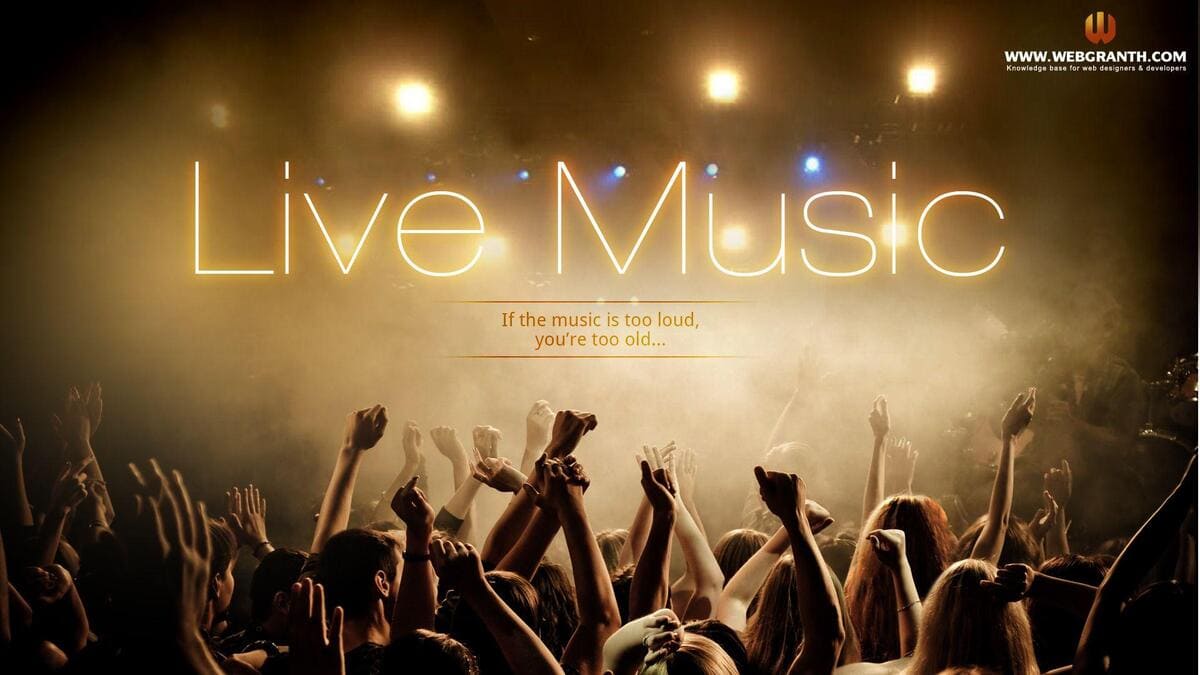 Another year has begun, and artists are barely waiting to hit the stage and perform for their audiences. If you are from or planning to visit Ohio in the upcoming months, you will be in the perfect place since there will be many concerts in Ohio in 2023.

Of course, it’s impossible to list all of them since there are so many live shows by various musicians. However, we can and will focus on the top ten Ohio concerts you shouldn’t miss.

Let’s begin our list and see which performers you can buy tickets for immediately.

The Parker Mccollum tour is ongoing, and the Texas-born musician has 40 upcoming concerts. Luckily for you, three of them are in Ohio.

In fact, one of the most anticipated Columbus Ohio concerts is McCollum’s concert on February 2nd at the Palace Theatre in Columbus. The other two are on February 4th at The Andrew J Brady ICON Music Center in Cincinnati and May 18th at the Toledo Zoo Amphitheatre in Toledo.

He’s a perfect choice if you love Americana and country music since, at only 30 years of age, Parker McCollum is a rising star who has won New Male Artist of the Year at the Academy of Country Music Awards and Breakthrough Video of the Year for To Be Loved by You at the CMT Music Awards.

His latest studio album, Gold Chain Cowboy, peaked at number six on Billboard’s US Top Country Albums, so if you want to see a musician who is on the rise, Parker McCollum is the man.

The Ana Popovic tour is also happening right now, and the blues singer and guitarist has 20 upcoming live shows, coming to Ohio on February 18th, Live at the Ludlow Garage in Cincinnati.

She is one of the best guitarists of all time, and if you want to enjoy a mix of blues with soul and rock, Ana is an excellent choice. Her stage presence is energetic, and her guitar playing is electrifying. With her many beautiful tracks from her ten studio album discography, Ana will entertain you and your friends and provide you with one of your best Cincinnati concerts experience.

There is no need for words to explain how great of a guitarist she is since her nominations speak for themselves. Ana Popovic is the first European nominated for Best New Artist Debut at the W.C. Handy Awards, while she was also nominated for Blues Artist of the Year by BluesWax and Best Overseas Artist at the British Blues Awards.

Speaking of concerts in Ohio, the legendary rock band Toto is playing at the MGM Northfield Park – Center Stage in Northfield on March 2nd.

The Los Angeles rock band has been rocking stages since 1977 and still has fantastic live performances. Toto is a band for which you should buy concert tickets if you want to experience something entirely different since they mix genres such as rock, pop, funk, soul, jazz, funk, hard rock, blues, R&B, and progressive rock. Practically, any music genre you can think of at the moment.

They have sold more than 40 million records across the globe and have 14 studio albums. Throughout their magnificent career, the band has won several Grammys and became a member of the Musicians Hall of Fame and Museum in 2009.

All artists on this list are worth buying tickets for, but it’s undeniable that the most prominent music star amongst them is Taylor Swift.

Even though her country concerts in Ohio are on June 30th and July 1st at the Paycor Stadium, Cincinnati, which seems far away, don’t fall into the trap of not buying tickets immediately since they sell out in a matter of minutes.

Many Taylor Swift fun facts prove how big of a music star she is, and probably the most fascinating is that she already has broken 84 Guinness World Records. Therefore, if you want to witness greatness in front of your eyes, Swift is a good choice, even if you are not a fan of country music since she has made a fantastic transformation towards pop, rock, and alternative music.

Also, Taylor’s concerts in Ohio will be accompanied by Muna and Gracie Abrams.

If you want to rock ‘n’ roll all night long, The Killers should be your choice for concerts in Columbus Ohio, since they are playing at the Value City Arena at The Schottenstein Center on March 21st.

A reason to buy tickets for their live show is that The Killers’ new album is coming out in 2023, so they’ll probably play some of their new songs. What’s fascinating about their music is that throughout their 20+ year career, they have been experimenting with various music genres like indie rock, alternative rock, new wave, post-punk revival, pop rock, and heartland rock, which means that even if you aren’t a diehard rock and roll fan, you can still have a lot of fun on their concerts.

The Las Vegas band is one of the greatest rock bands of the 21st century, with 28 million records sold around the globe, 10.8 million of them in the US alone. Also, with their experience of performing in more than 50 countries on six continents, they will undoubtedly make an electrifying live show!

Pink’s concerts Ohio is one of her 29 upcoming live shows, and what makes her concert in Cincinnati even more unique is that she will share the stage with Brandi Carlile and Grouplove. The Pink entertaining live show will happen at the Great American Ball Park on July 26th.

Regarded as Pop Royalty, Pink has an acrobatic stage presence and raspy voice that leaves no one indifferent. Her career is more than impressive since she has sold over 135 million records around the globe and won three Grammys, two Brits, and seven MTV VMAs. In addition, Billboard chose Pink to be the Pop Songs Artist of the Decade in 2009, and VH1 put her at number ten on the 100 Greatest Women in Music list.

Another musician coming to Cincinnati and providing one of the many exciting concerts in Ohio is Lewis Capaldi. Capaldi will be playing at The Andrew J Brady ICON Music Center on April 17th.

The Scottish singer-songwriter and musician is only 26 years old and has already received nominations such as the Critics’ Choice Award at the 2019 Brit Awards. Furthermore, he topped the Singles Chart in the UK with his single Someone You Loved in 2019 and reached number one on Billboard Hot 100. The song went on to get a nomination for Song of the Year at the 62nd annual Grammys and won the Brit Award for it in 2020. Also, Lewis won the Best New Artist award at the 2020 Brit Awards, making him one of the best new artists in the music industry.

If you want to see someone new on stage and a musician that’s becoming one of the biggest music stars at the moment, Lewis Capaldi is an excellent choice to put on your bucket list of concerts to attend in 2023.

Concerts Columbus Ohio have been the main focus for the audience in a great deal because of the upcoming show by Billy Joel and Stevie Nicks at the Ohio Stadium in Columbus on August 5th.

This concert is more than unique because you usually have to go to the biggest festivals USA to see more than one A-list performer for a cheaper ticket price. However, Billy Joel and Stevie Nicks performing together is a perfect chance to enjoy a festival-like concert since they have been at the industry’s top for many years.

If you are waiting for country concerts Ohio to happen, you don’t have to wait anymore since on August 11th, and 12th, Morgan Wallen, Hardy, Bailey Zimmerman, and Ernest are coming to town to play at the Ohio Stadium in Columbus.

These live concerts will be more than a spectacle since Zimmerman cried with happiness to tour with Morgan when he found out they’ll tour together. When a group of such top-class country performers gets together to play live concerts, it would be a mistake not to grab the chance and attend them if you love country music.

These guys are the crème de la crème regarding country music, so you better hurry up to buy tickets for their shows in Ohio since the best seats are already selling out pretty fast.

Last but not least on this list of most anticipated concerts in Ohio is the Carrie Underwood and Jimmie Allen live concert on March 2nd at the Heritage Bank Center in Cincinnati.

Going to this concert, you can watch Underwood perform with her beautiful singing voice as one of the best performers ever. Some of the fascinating Carrie Underwood facts include her selling over 70 million records, being the highest-certified female country artist ever on the RIAA’s Top Artists for Digital Singles, and being a singer who has won eight Grammys, 17 American Music Awards, and broke five Guinness World Records. And since Rolling Stone stated her as the female vocalist of her generation in any genre, it’s more than evident she’ll put on a fantastic live performance.

And the concert will be even more unique since Carrie will share the stage with Jimmie Allen, the country singer-songwriter who won the Country Music Association Award for New Artist of the Year in 2021.

Considering these facts, this live concert is worth buying a ticket for immediately.

These are the top ten concerts in Ohio you shouldn’t miss in 2023, so make sure to attend at least one of them to have a tremendous amount of fun with your best friends. Also, if your favorite performer isn’t on this list, check our list of live shows in Ohio and buy tickets for whoever you want from the entire 2023 concert season.

We wish you to have a lot of fun and make positive memories that will stay with you forever!