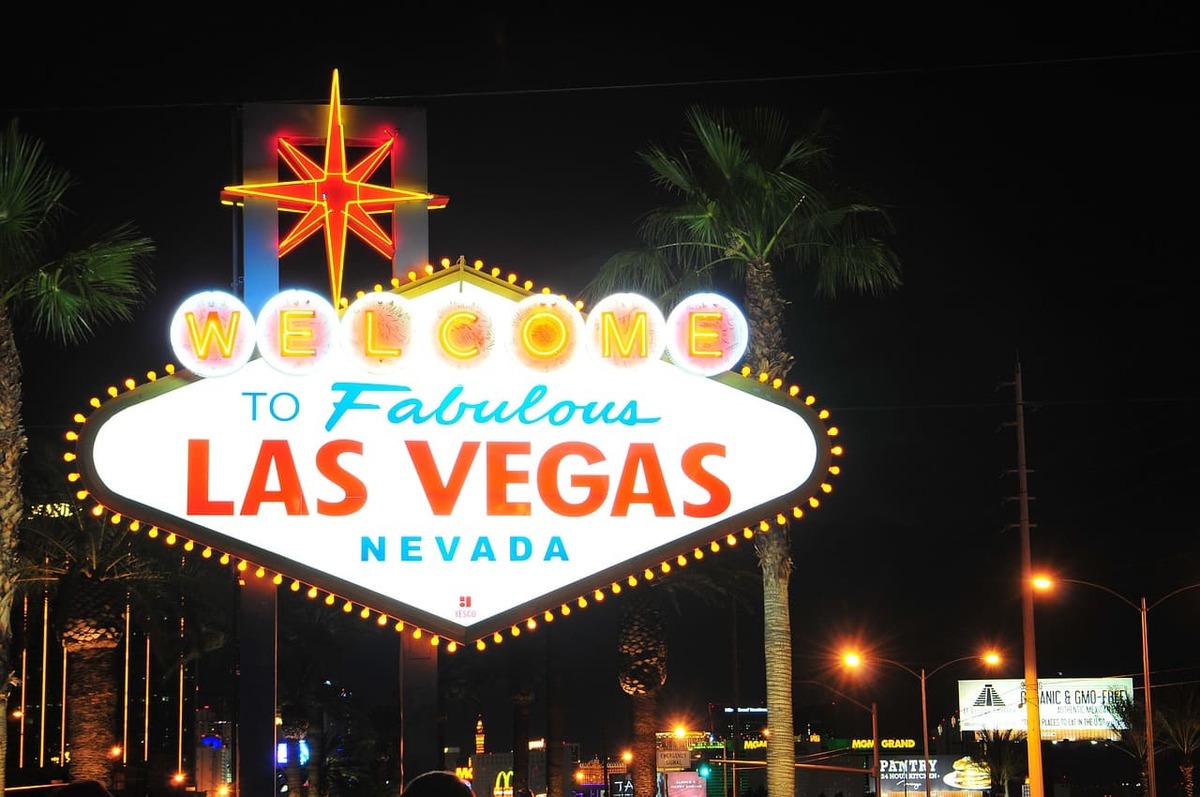 Most Talked About Las Vegas Residencies Ever

Las Vegas has many different nicknames, and one that represents the city the best is the Entertainment Capital of the World. Various reasons contribute to Vegas being such an exciting place to visit, and one of them is the singers and performers that create great shows.

Of course, Elvis Presley and Frank Sinatra are symbols of the city and have made some of their best performances in Vegas. But, some other singers had impressive music shows in Las Vegas, and luckily for you, some have concerts right now for which concert tickets are in huge demand.

That is why here we will see the best Las Vegas concerts and most talked-about Las Vegas performers and residencies ever, so let’s start.

In 2003, The Colosseum At Caesars Palace modeled a 4,000 seat venue after the Roman Colosseum for Celine Dion’s first Vegas show. And even though there were complaints about the ticket price and whether people would attend the shows, Celine Dion didn’t back off from the challenge, and history was made.

There was an initial three-year contract, which was renewed for two more years after the enormous success. And the music shows in Las Vegas were repeated again in 2011 and again in 2016. So it is no surprise that Celine Dion is considered possibly the most successful singer in Vegas after the legendary Elvis Presley or the impressive Frank Sinatra.

Bruno Mars is today’s king of making a musical genre mix of pop, funk, soul, and everything in between, and his electrifying stage performances are now also available in Vegas.

Las Vegas show tickets are always popular among fans, but his shows are even more special this time since they are a chance to end 2021 in a fantastic and entertaining way. Bruno is performing at the Dolby Live at Park MGM on December 17th and 18th and two more shows on December 30th and 31st.

So you have four chances to go to at least one of his shows that are impressive anytime he hits the stage, but it is a fact that it will be even more beautiful to attend a Bruno Mars concert in Vegas around New Year’s Eve.

If there is a music residency Las Vegas that deserves the attention, it is Usher’s upcoming performances at The Colosseum At Caesars Palace. The reason why he is on this list is that Usher already played here back in July this year, and it is clear that he is definitely part of the elite group of performers in Vegas.

His dancing performance, close interaction with the audience, electrifying onstage dancing performers along with him, and his singing make his music shows in Las Vegas legendary, and one for which there is always demand for a ticket more. He sometimes goes into the crowd, which itself creates an even more exciting atmosphere, so you should most certainly visit some of his shows.

Usher will have his first show on December 23rd and the last one on January 1st, so you have several more in between you can choose from and enjoy the Vegas magic.

When Sir Elton John comes to town, every fan does everything in their power to buy a ticket for one of his concerts. He has played more than 450 shows in the Entertainment Capital of the World in almost all significant venues you can imagine.

He played at the Caesars Palace in 1999, the MGM Grand Garden in 1995, and came back again in 2001 and 2003. And that was not all; he played multiple times again in the upcoming years, and what is truly impressive is that he always performed at the highest level, so it isn’t easy to pick only one music residency Las Vegas that stands out.

Elton’s piano playing and singing abilities always charm the audience, and you should go to one of his concerts as soon as possible, even if not in Vegas, since he is one of the rare legends in the music industry. It simply doesn’t get any better than listening to Elton live while he plays the piano.

Another performer that is a living legend is definitely Cher, who had a three-year deal for shows at Caesars Palace for which she received an impressive $60 million. She played 192 shows from 2008 to 2011, and these music shows in Las Vegas had a box office of $97.4 million and were attended by 697,765 people.

Of course, there is no need to explain why Cher made history in Vegas since she is one of the best live performers ever, and what makes her even more remarkable is that she is unique and has her own authentic style. However, it is valuable to mention that she had four aerialists, fourteen dancers, and seventeen costumes designed by Bob Mackie.

So those three years in Vegas were magical, but don’t worry, she will come back to Vegas for sure, and now she is also performing in the United Kingdom, so you have the chance to attend some of her concerts.

The legendary Rod Stewart is also on the list of best performers ever at The Colosseum At Caesars Palace. From 2011 to 2017, he had 140 music shows in Las Vegas, making a box office of more than 53 million dollars.

It was initially a two-year deal for performing his greatest hits and also, in that time, his untitled upcoming blues album. Fortunately, these types of magical shows by the incredible Stewart are not only in history since he will perform again in Las Vegas next year. So be sure to buy Rod Stewart tickets in advance for his upcoming 2022 live shows in Vegas since they will for sure sell out in a matter of minutes. It would be a shame to miss the chance to go to at least one of his Vegas shows because the whole energetic atmosphere that the city gives goes perfectly well with his style of performance.

Adele Is Back in Vegas With New Album

Suppose you want to start 2022 with positive vibes and beautiful energy. In that case, it is best to start at the beginning of January by going to Adele music shows in Las Vegas. Her upcoming shows in Vegas are already the most talked about residencies ever in this city, and this is expected since she has a new album titled “30,” whose central theme is her turbulent and complex divorce period.

But, luckily for you, Adele is back entirely ready and motivated to rule the stage at Caesars Palace. She will have two shows each weekend starting January 1st until April 16th, 2022. The fans are already excited, as they should be, since these are the first significant live shows Adele will have after releasing her new studio album, and you have the chance to listen to her new songs live. So buy some Adele tickets and be part of this historical moment.

The sad news is that Gwen Stefani just finished her music shows in Las Vegas, but the good news is that she will have some other shows in 2022 you could attend.

And, of course, her Vegas shows join the elite group of most talked about residencies ever since more than 135,000 people attended her 57 shows with a box office of outstanding $19.2 million.

She performed at the fantastic Zappos Theater at Planet Hollywood in Vegas, and the show was titled “Just a Girl” after the song by her band No Doubt.

Even though her last eight performances had to be postponed because of the Covid-19 pandemic nevertheless, she did have 57 shows. Once again, she charmed the audience with her impressive energy on the stage and was accompanied by some remarkable dancers. Fans are so happy with her Vegas shows that they are still commenting all the time about how magnificent it was to be there and witness history in the making.

Shania Twain Comes Back to Vegas

One of the most talked-about Las Vegas residencies is the Shania Twain “Still the One” concert residency from 2012 to 2014. The 105 shows were held at the Caesars Palace, and she had an outstanding box office of more than $43 million.

The goal was to take the fans on an incredible journey of Shania’s career and life in general with fashion, visual experiences, multi-sensory delights, fantastic live music, and some unexpected moments. And that is precisely what happened, so both Shania and the audience were delighted with the performances.

But there is no need to feel nostalgic for those moments since luck is on your side because Shania decided to come back to Las Vegas, and now she has multiple shows in December and February next year. She will have a concert residency at the legendary Zappos Theater at Planet Hollywood, so you finally have the chance to experience her excellent Vegas performances and start 2022 by creating some of your best memories ever.

Here you have a list of the most talked-about Las Vegas residencies ever, and luckily for you, some of them are still ongoing. Vegas is the place to be when it comes to entertainment, and mixing that experience with some of these live performances is more than magical. A piece of advice would be to go to some of these shows even if you have to go alone because your friends are too busy, you won’t regret it at all.

So, please don’t waste any more time and buy some tickets for some of these performances in the Entertainment Capital of the World since it is the best way to end the difficult 2021 and start 2022 with a sense of freshness and positive vibes. The time to buy tickets is now because they sell out extremely quickly. Buy your passage and make memories that are worth remembering again and again!