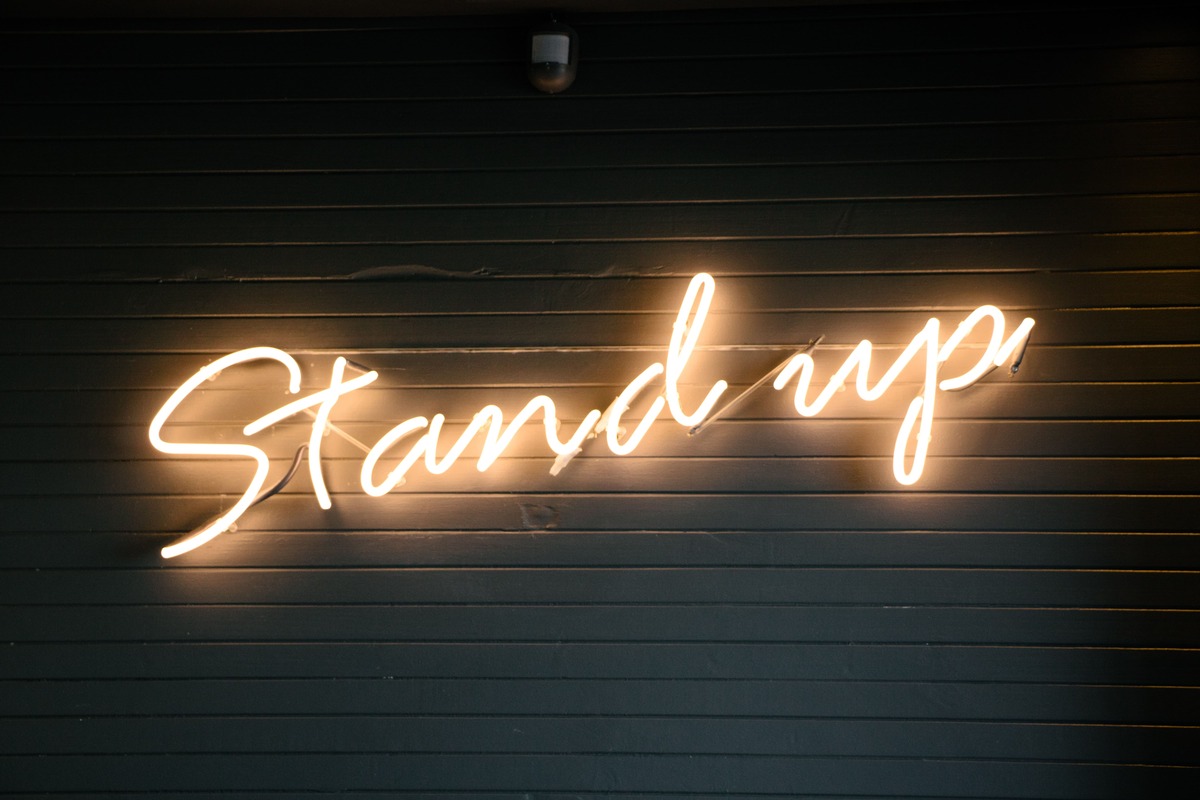 Since 2021 is coming to an end, and it most definitely has been a difficult year due to the Covid-19 pandemic, it is a great idea to see 2021 off with laughter. And what better way to do this than by going to a live comedy show from some of the best comedians in the world and their best live comedy shows. Any event can be a special occasion at the end of the year, but comedy shows are truly the best way to say goodbye to the challenging 2021.

So the time is now to buy comedy show tickets and laugh to tears together with your beloved friends or family members. And since there are so many great performers, we will make it easier for you to choose by listing some of the best live comedy shows from which you can pick who deserves your attention. So let’s get into it right away.

If you want to start December, as the last month of 2021, in a spectacular way, you have the possibility to attend a Chevy Chase performance in North Charleston. This city is the place to be since Chevy makes some of the best live comedy shows ever.

He is a legend in the comedy world and has been a stand-up performer for decades now, along with his acting career. Chase will perform at the North Charleston Performing Arts Center on December 1st, and the only two things you need to bring are a Covid-19 certificate wearing personal protective equipment and your positive attitude. As for everything else, the legendary Chevy Chase will take care of it, and you will most certainly laugh to tears.

Laugh Out Loud With John Oliver

If you are busy at the beginning of the month, you can purchase tickets for a later date in December, even for a show held a couple of days before New Year’s Eve. For an occasion like this one, it is best to buy tickets in advance for a John Oliver comedy show at the Kennedy Center Concert Hall in Washington.

John will perform several shows, the first two are on December 28th, and he will have another 9 shows until January 1st. So it is good news that you can pick a more suitable date for you, and all shows will be at the same place. John Oliver is one of the most famous British comedians in the world, who also has had a good acting career as well. A fun fact is that both Chevy Chase and John Oliver were part of the American sitcom “Community” that was extremely popular all across the globe.

If a performer makes some of the best live comedy shows today, it is definitely the comedian queen Chelsea Handler. She has a number of shows in December, but the one that maybe stands out is the one that will be held at the Orpheum Theatre in Madison, Wisconsin, on December 2nd.

The reason is not only because Chelsea Handler is a fantastic live performer who uses great satire, sketch comedy, and observational comedy on her stand-up, but also because the Orpheum Theatre is one of the most beautiful places you will ever see in your life. It has a capacity of 1,700 seats that is perfect for a relaxed and intimate show between the performer and the audience, and it has been open since 1927, which adds a specific charm to the place.

Yet another performer that makes some of the best live comedy shows today is most certainly the legendary Bill Burr. Luckily for you, in December, he will have even 5 shows in Indianapolis.

As you probably already know, Bill Burr is a comedian that uses a lot of black comedy in his live shows, and even though there are people that don’t like his performances, on the other hand, there are many fans that adore his jokes. He has been one of the best and most popular comedians for a long time now, especially in the United States, where he has been a superstar among the comedian community.

Iliza Shlesinger at the Reno Ballroom

Iliza is not only a comedian but also a great television host and actress. After graduating college, she started pursuing a stand-up career, and it obviously was the best possible choice for her.

She is active in various artistic fields, and she recently even wrote a movie titled “Good on Paper.” You will have the chance to see her quick and smart feminist comedy on December 4th at the Reno Ballroom in Reno, Nevada. One thing is for sure; you should definitely act fast because, for the Iliza Shlesinger show in Reno, there aren’t many tickets left. And that is the best possible argument for how popular she is, and that she makes the best live comedy shows. You expect a ‘smart comedy’ performance and one that will make you laugh as well as make you think, which is the best possible combination.

The best live comedy shows are also great if you don’t like to go to a party or if you like to do something else on December 31st. Luckily for you, comedians love to perform this time of year, and you will have the chance to do something different.

On December 31st, George Lopez will have a live comedy performance at the Muckleshoot Events Center in Auburn, Washington. This is also a live show for which you should buy tickets fast because even though there is more than a month until December 31st, there aren’t many tickets available. And this is logical since George Lopez is a top-rated stand-up comedian, and tickets for his shows sell out pretty quickly.

He is a comedian that has been active for almost 40 years, and his comedy involves various subjects like race relations, pop culture, politics, family, everyday life, and everything in between. So be ready for a great experience that will stay forever in your favorite memories as one of the funniest New Year’s Eve events you ever attended.

Doug Benson has a live show on December 27th at the Irvine Improv in Irvine, California that is a general admission event that means you can purchase any ticket for the same price. Doug uses satire as a comedy weapon among other genres, and recreational drug use is often one of his subjects on his live comedy shows since he is one of the most popular marijuana rights advocates.

He is also a comedian with a long career in the comedy industry since he has been active since 1986 with more than 30 years of experience. If you like self-deprecation comedy, you should definitely go to a Doug Benson live comedy show.

Tracy Morgan and His Magnificent Comedy

Nobody can make a list of best live comedy shows without mentioning one of the legendary and funniest comedians on the planet, Tracy Morgan. There literally is no need for an introduction for this performer that has made millions of people laugh for more than 30 years. He is a great stand-up comedian and was nominated two times for an Emmy Award for his performances in “Saturday Night Live” and the comedy series “30 Rock.”

Tracy Morgan will perform live on December 3rd at the Funny Bone Comedy Club in Harford, Manchester, in Connecticut. He is a legend that a lot of comedians have a vast amount of respect for, and from current events, sex to African-American culture and everything in between can be a subject on his live performances. He uses a lot of musical comedy, cringe comedy, and character comedy on his live comedy shows, and you will definitely make the right choice if you go to a Tracy Morgan show.

Last but not least, you can go to a Jon Lovitz live comedy show on December 23rd at the Improv Comedy Club in Brea, California. You will have the chance to mix the experience of laughing to tears on a Jon Lovitz show and see Brea’s interesting attractions, which is a great place to visit.

This show has three-part ticket options, general admission, premium, and VIP option. Lovitz is also a comedian who has been part of the film industry, but he also has a singing career. Of course, this suits his live comedy performances exceptionally well, and he is one of the best improvisational comedians ever. Sketch and observational comedy are also part of his repertoire that is one made for the audience to laugh to tears literally, so on December 23rd, Brea is the place to be.

Here you have a great list of the best live comedy shows that are going to happen in December this year. They are all an excellent chance to see 2021 off with laughter and start with a smiling face next year. Comedy live shows represent humour in the best possible way, and it can’t get any better than when the best comedians tell the funniest jokes.

So make your choice, and if you can, you should even go to more than one show since these comedians are so good; even if you pick blindfolded, you won’t make a mistake. Also, another practical reason is that if no one else wants to keep you company, you can go by yourself since comedy shows are an event where you can totally relax alone once the performer hits the stage.

So, don’t waste any more time and buy comedy show tickets as quickly as possible to end 2021 laughing and start 2022 with positive vibes.