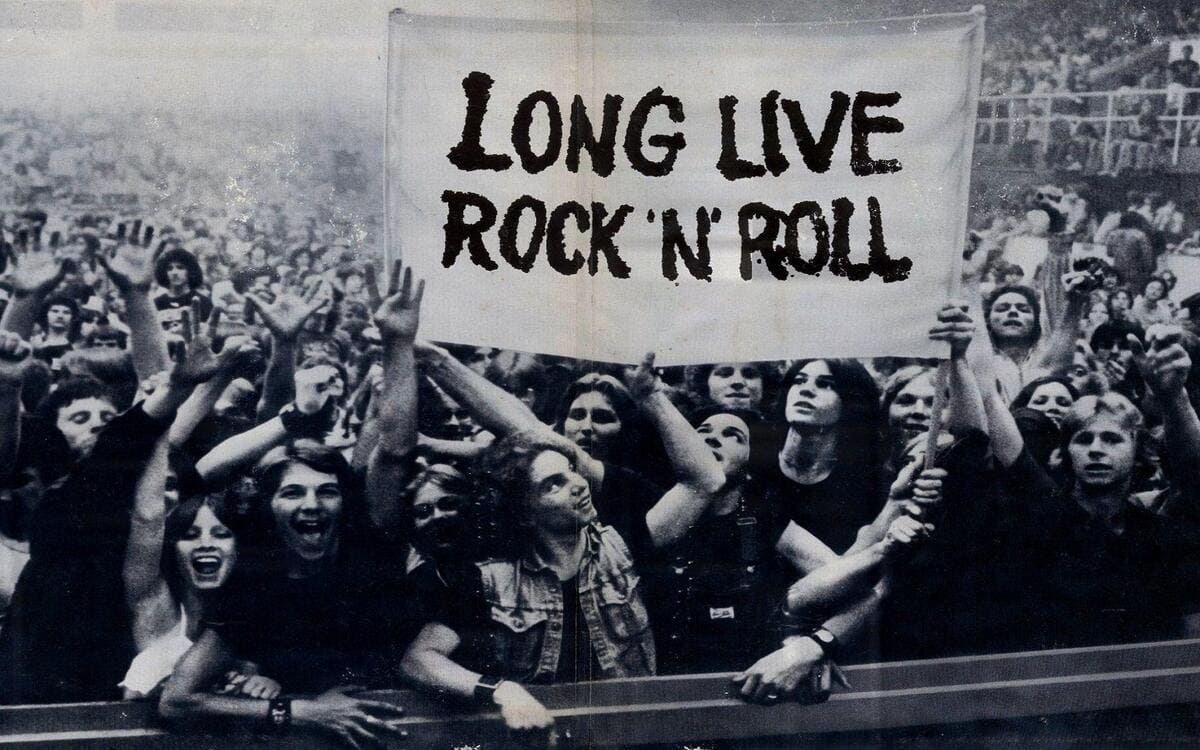 Legendary Rock Bands That Are Still Rocking the Stage in 2023

One of the things that defines the rock ‘n’ roll music industry are the rock bands that perform live and tour across the globe for many decades. It’s impressive how some bands haven’t stopped touring for over 40 or even 60 years.

Life on the road isn’t always easy, and even though these bands enjoy enormous popularity and get well paid for what they are doing, still, touring for a long time can be very demanding. That is the reason why they are so legendary and unique.

However, it’s fair to say there aren’t a lot of them left.

Many bands stopped throughout the years because of various reasons and never played again or went on different sides. Luckily for the rock fans worldwide, there are still some rock bands that are touring today, and you have the chance to see them perform live.

There is no greater privilege than having the chance to buy your passage for a Rolling Stones concert or get Guns N Roses tickets and see your favorite band play their best songs live. Rock concert tickets for legendary bands have to be purchased fast because people worldwide barely wait for the chance to have the possibility to watch them perform.

Let’s see some of the legendary rock bands that are still touring around the world and give rock fans the chance to have fun.

Metallica Is Touring Again in 2023

Metallica is one of the bands that are still touring and one of the greatest bands of all time.

Metallica tickets are sometimes hard to find because they sell out in a matter of minutes. This is a band that had numerous music genres mixed through their ten studio albums, with heavy metal being the core of it. Also, the Metallica new album called ”72 Seasons” is set to be released on April 14, 2023.

They don’t make studio albums too often, but the Metallica setlist is always filled with great songs like:

They began their incredible journey in 1981 and have been rocking the stage for over 40 years, and 2021 marked their 40th band anniversary. Metallica is part of the Rock ‘n’ Roll Hall Of Fame, and they are the only band ever to play all seven continents.

Yes, you read that right, they did play a concert in Antarctica. It was, of course, with a limited number of fans set inside a dome, and they played ten songs.

Their 1991 album ‘’Metallica’’ or as it is commonly referred to as ‘’The Black Album’’ is the band’s best studio album that doesn’t have not one bad song, and it was sold in 16.83 million copies only in the United States and many more worldwide. It made a change in their music from thrash metal to a softer style version, and they proved that they could play various rock genres.

They are still popular and continue to be because they have enough metal hits to play even another four decades. Get your Metallica T Shirt and buy tickets for the Metallica tour 2023 if you want to have a tremendous amount of fun!

Considering the fact how legendary this band is, Guns N Roses concert tickets are worth buying no matter the cost, and plus it is fair to say that the price for having the chance to watch them live is not expensive at all.

Even though they had their disagreements and went their separate ways for a period of time, some of the band members managed to put history aside and reunite back in 2016. They have been touring since then, and Guns N Roses tickets have been extremely popular around the rock community because reunited, they are even better than ever.

The chance to see Axl Rose, Slash, and Duff McKagan back on stage together was a fantastic moment. And it still is.

They stayed famous all these years because they made huge hit songs that are played and listened to all around the globe. Some of their best hits like ‘’Paradise City,’’ ‘’Sweet Child O’ Mine,’’ and ‘’November Rain’’ have put them on the list of the most legendary rock bands ever. These are only a few of the numerous song hits that motivate fans to search for Guns N Roses tickets and be part of their incredible live shows. They have sold more than 100 million record copies worldwide.

During the Use Your Illusion Tour from 1991 to 1993, teenagers but also older fans were in a hurry to have some precious Guns N Roses tickets to be part of this amazing journey. It’s similar today since they reunited, and fans waited for years to have the moment present to them to get Guns N Roses tickets since there aren’t a lot of musicians that decide to get back together and perform after a hiatus. Especially not after a break like these musicians had when members didn’t communicate with Axl Rose for a long time.

But luckily for everyone, Guns N Roses managed to put problems aside and continue their rock journey. Therefore, it would be a pitty to miss the chance to go to a Guns N Roses concert in 2023.

The Rolling Stones Will Release A New Album in 2023

And here we come to the most legendary band on this list, The Rolling Stones.

There are numerous great things about this band, and the only bad one since recently is that drummer Charlie Watts passed away on August 24, 2021. It is one of the saddest moments in rock history. He was touring together with Mick Jagger and Keith Richards since 1963, and in 1975 Ronnie Wood came along.

These four legendary rock ‘n’ roll musicians were touring the world together for more than 45 years, and the band itself started the journey back in 1962. So they are one of the very rare bands to have the chance to celebrate a 60-year long career.

Fans literally ‘’go mad’’ every time they have a chance to buy Rolling Stones tickets because of their numerous hit songs, incredible live performance, and their various rock music styles on their 30 studio albums. Unfortunately, you don’t get a lot of chances to see 70+-year-olds play rock n’ roll while dancing on the stage and still look fabulous. Tragically Watts passed away, but they decided to replace him with Steve Jordan and start the Rolling Stones tour 2021 since the Stones style is to never quit, and also give him a rock and roll farewell.

The Stones became an iconic global rock band and had been rocking the world for six decades. However, these musicians are simply a brand when it comes to rock music, and they are still going forward as Rolling Stones new album is coming your way in the summer of 2023. Charlie Watts will appear on some of the songs while his replacement, Steve Jordan, plays the other songs on the Rolling Stones upcoming album.

If you want something completely different and authentic, you should definitely buy Kiss tickets, and purchase them fast because this is their last and farewell tour.

That is why they decided to name it ‘’End of the Road World Tour’’, and this is the last chance to see them perform live together. These guys have been playing since 1973 and haven’t stopped since.

The biggest reason why they are so popular is their outstanding live performance with pyrotechnics, fire breathing, rocket shooting, levitating drum kits, smoking guitars, and blood-spitting. They also have authentic stage outfits and face paint.

These incredible musicians have released 20 studio albums with hits like ‘’I Was Made For Loving You’’, ‘’Rock ‘n Roll All Nite’’, ‘’Detroit Rock City’’, ‘’Psycho Circus’’ and many more.

A lot of new rock bands that are starting now or have been around for a while say that Kiss was one of their idol rock bands while growing up, and they undoubtedly remember the first time they went on some of their live concert shows. The bad news is that there won’t be new chances to see them live in the future, but the good news is that the Kiss farewell tour will end in 2024.

So, now is the opportunity of a lifetime to catch the last moment and watch them on stage. Since they have a legendary stage appearance, even if you are not a fan, it is still worth going to a Kiss concert to witness their last touring run.

Other Bands That Keep on Rocking

Before wrapping things up, let’s also see several other bands that are still touring and are worth the mention.

One of them is the legendary grunge band Pearl Jam who has one upcoming show in September, and it is a chance to see them live since they never run out of energy and have fantastic live performances.

Another one is the band from Marietta, Georgia, the interesting blues-rock performers, The Black Crowes, who started out back in 1984 and luckily started touring again in 2019. Even better, The Black Crowes tour is ongoing right now, so you can buy tickets immediately.

Last but not least, the legendary Aerosmith who still rock the music world, and even though there isn’t an Aerosmith tour at the moment, make sure to purchase tickets right away when they announce it since this is yet another band that sells out tickets pretty fast.

These are some of the most legendary rock music bands that are still touring in 2023 and will continue to have fun together with their fans.

Whether you want to see some of the older rock legends like Kiss or The Rolling Stones, or you want to purchase Guns N Roses tickets to witness the reunion, you should get your hands on some tickets fast because many fans worldwide are eager to watch these rock bands live.

Legendary rock bands are known for many things, and you can listen to various subgenres of the rock style of music including alternative rock artists. Still, the one thing that makes them different from a lot of other musicians of various music genres is the ability to perform and tour the world for many decades.

So, it would be best if you didn’t think a lot, grab the first chance to go to a live rock show with your friends, and enjoy the fantastic stage performance these bands give each time they hit the stage!