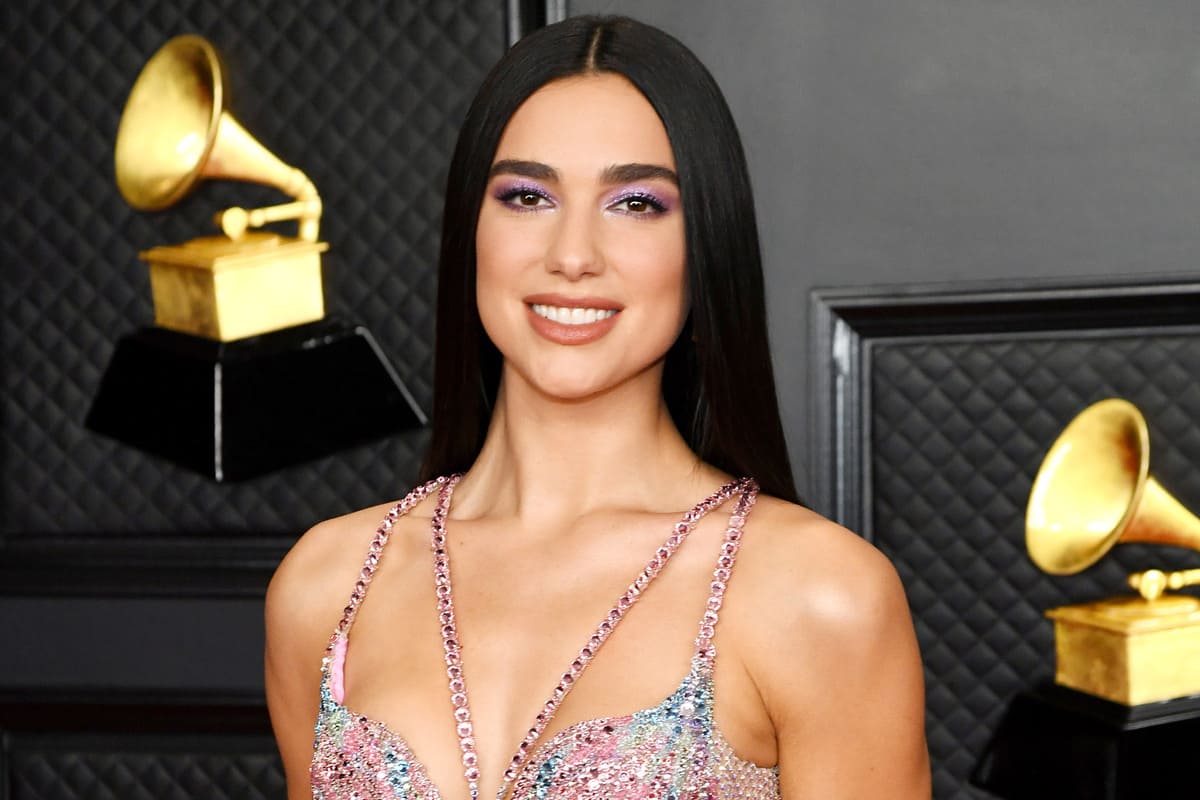 Dua Lipa and Her Rise to Stardom: Pure Talent or Something Else?

The music world always has several superstars that lead the industry and several newcomers that are rising stars who become better as time goes by, or they don’t and fall off the road.

One of those new rising stars, or already a star worldwide, is singer and songwriter Dua Lipa, who has been active since 2014, and she managed to be able to tour anywhere she wants worldwide. The reason being, of course, her global popularity among fans.

She is on tour right now, and if you want to attend some of her upcoming concerts, now is the best time to buy Dua Lipa tickets since a star of her caliber sells tickets pretty fast.

Nevertheless, the road to stardom is not always easy; therefore, we will see how she achieved her worldwide music success. Let’s start.

Lipa was born in London, but her heritage is Albanian. Both her parents are Kosovo Albanian, and Lipa’s family is of Muslim heritage. Also, she has Bosnian descent through her grandmother on her mother’s side.

She was influenced musically by her father, Dukagjin Lipa, the guitarist and lead singer of a rock band called Oda. Lipa had the privilege to see her father play music at home, both his own and tracks from artists like Sting, David Bowie, Bob Dylan, Radiohead, and others.

Before she even knew that one day there would be a Dua Lipa concert, Dua had cello music lessons in her school, Fitzjohn’s Primary School, and believe it or not; when she tried to enter the school choir, a teacher actually said to her that she couldn’t sing. In fact, Dua Lipa before fame had to work on her voice in order to maybe become a popular singer one day.

Of course, this didn’t stop her intentions; in fact, it became a motivation since Lipa began attending singing lessons at the Sylvia Young Theater School.

Dua Lipa, before fame, was working as a waitress in a cocktail bar when she signed a contract with Tap Management back in 2013.

But even before managing to sign any contract Dua already posted songs on SoundCloud and YouTube, covering tracks such as Beautiful by Christina Aguilera and If I Ain’t Got You by Alicia Keys. Also, Dua modeled with Topshop and got a role as a “singer” in an ad for The X Factor back in 2013. Little did anyone know that there would be some Dua Lipa concert dates pretty soon.

Nevertheless, since Tap Management is directed by Ben Mawson and Ed Millett, Lipa was introduced to Mawson by her lawyer, and this may be one of the crucial moments of her career since the desire for a Dua Lipa concert soon became possible because she started recording sessions. During these sessions, she co-wrote Hotter than Hell, a track that eventually led her to sign a record deal with Warner Bros in 2014. It’s evident that she can create various types of songs, from ones that are perfect for dancing to some great love songs, which is one of the reasons she has had so much success.

And the success continued to rise; back in August 2015, she managed to release her first single titled New Love, and her second one titled Be the One, reached number one in Poland, Slovakia, Belgium and was also part of the top 10 in other European countries. Furthermore, this song was also a huge success in New Zealand and Australia.

This first success led to becoming one of the acts on the BBC Sound of… in 2015, and her first UK and European tour began in January 2016, which took the Dua Lipa concert journey to a whole new level.

The first worldwide success that put Dua Lipa on the music map forever is when her fifth single Blow Your Mind (Mwah) peaked at number 30 in the UK, but it became her first entry on the Billboard Hot 100 in the United States, which was a signal of her future success. This track also was part of Billboard Mainstream Top 40 and Billboard Dance Club Songs chart.

Furthermore, 2016 was a turning point because she featured on a Sean Paul song titled No Lie that reached number 10 in the UK. The Fader magazine from New York commissioned a documentary about Dua titled See in Blue the following month.

Already achieving a lot of success and having proved that a Dua Lipa concert is an incredible place to be, it was time for her debut studio album.

Her self-titled debut album was released back on June 2nd, 2017, and if there is a song that made Dua a superstar is her sixth single titled New Rules that became her first number one in the United Kingdom. Also, she became the first female solo performer to even reach the top in Britain since Adele achieved the same success with Hello in 2015. New Rules is Lipa’s best-selling single to date, and it was in the top 10 in various other countries like the USA, Australia, and Canada.

Her debut studio album and her popular singles also made her the most-streamed woman on Spotify in the UK in 2017, and Lipa had four singles on the UK Top 10 the same year. These singles were New Rules, Be the One, and No Lie, but also Bridge over Troubled Water, which was a charity single for the families of the Grenfell Tower fire victims in the UK’s capital.

Dua became a worldwide megastar, and in 2018 she received nominations in five different music categories at the Brit Awards. This marked the first time a female performer was nominated five times, including nominations for British Single of the Year, MasterCard British Album of the Year, British Video of the Year, British Breakthrough Act, and British Female Solo Artist. She won for breakthrough act and female solo artist, proving once again that she belongs among the best in the music industry.

After successfully having one Dua Lipa concert after another, it was time for her second studio album titled Future Nostalgia. She first released her lead single Don’t Start Now, and in December 2019, it was also announced that this album would be released and accompanied by a new tour.

This hit single managed to peak at number 2 both on the US Billboard Hot 100 and the UK Singles Chart. Moreover, it peaked at number 1 on the USA’s Billboard Mainstream Top 10 chart. The next single before the release of the second album was Physical, which was released on January 30th, 2020, and it debuted at number 60 on Billboard Hot 100.

When Future Nostalgia was released, Dua became the first British female performer since Vera Lynn to have three top 10 singles in one calendar year. Because of the high-quality of the album, success also came in the music awards, and the music video for Physical was nominated at the Berlin Music Video Awards for Best Art Director for the directing of Anna Colomer Nogué. Also, at last year’s Grammy Awards, Dua won the Best Pop Vocal Album award for Future Nostalgia. The album was also nominated for Album of the Year, and her hit song Don’t Start Now was nominated for Song of the Year, Best Pop Solo Performance, and Record of the Year.

The Impact Dua Lipa Has Made

Lipa has made an enormous impact worldwide, and there are many reasons why, from having hit singles, her popular dressing style, beautiful singing, creative music videos, the Dua Lipa concert-quality performance, and many more reasons.

The impact she makes touches even some surprising aspects of society, such as people naming their kids Dua a lot more since she became famous. For instance, back in 2017, when New Rules earned the first number one in the UK, the Office for National Statistics revealed that people born with her name in Wales and England were 63. This number increased even more as time went on since, in 2019, it was 126.

Back in May 2018, Dua was listed on the inaugural list of the 25 most influential British women that year by the British Vogue, being the youngest one at the age of 22. Her impact didn’t stop here since in 2019, the Madame Tussauds London museum unveiled a wax figure of Dua, and only two months later, a second one was made at the same-titled museum in Amsterdam.

Dua’s song Don’t Start Now was viewed as one that revived disco in 2020; the opinion of Lindsey Havens from Billboard. Also, the French photographer, Hugo Comte, was inspired by Lipa for his first photography book, and Dua helped when Comte now released the first career monograph.

Also, one of Dua’s most significant successes and impacts include her becoming part of Time’s 100 Next list on future 100 most influential people in the world, included by Kylie Minogue, who called Dua a shining star.

Her name Dua means love in Albanian, and she was named after a suggestion from her grandmother. An interesting fact is that Dua is sometimes referred to as Dula Peep, which came about after Wendy Williams mispronounced her name, and Lipa embraced the nickname in a positive way.

Even though born in the capital of the United Kingdom, Dua sparked some controversy a couple of years ago when she made a “Greater Albania” map tweet, one that looked like support to extreme Albanian nationalists. The map included Albania, Kosovo, and other parts of Balkan countries, with the word autochthonous meaning that Albania belongs there. This tweet sparked a lot of powerful reactions from people from various countries. Of course, Dua Lipa made a statement where she basically said that she didn’t want to incite hate and that she rejected ethnic separatism.

The latest controversy happened recently, on March 1st, 2022, when Artikal Sound System filed a suit against Dua and Warner Records alleging copyright infringement. Allegedly, there are asserting similarities between their song Live Your Life and Dua’s song Levitating. This wasn’t all that happened since, unfortunately for Dua, a second suit came by songwriters Sandy Linzer and L. Russell Brown, where they stated that Levitating infringed on their disco song Wiggle and Giggle All Night from 1979.

Dua Lipa is highly active when it comes to music, but she is also active as a philanthropist. Dua defines herself as a feminist, fighting against sexism in the music industry, and she is also an advocate for equality for the LGBT community.

Lipa was supporting Palestinians in the conflict with Israel, and she supported both Bernie Sanders and Joe Biden while also urging her followers to vote against Donald Trump.

Dua has been active with charity activities on many occasions. She helped various organizations fighting for better mental health, donations to help people suffering from the earthquake in Albania in 2019, fighting against Covid-19, fighting against HIV, and much more.

It is evident that Dua’s rise to stardom is not just pure talent and luck since she also had to work hard to get where she is today. That’s why attending a Dua Lipa concert is a big deal since she has a beautiful singing voice, great songs, and dancing abilities, as well as she is often accompanied by other dancers on stage.

Therefore, please hurry up to buy your passage to a Dua Lipa concert as soon as possible because her 2022 tour is happening right now, and tickets are selling out fast. It’s time to have fun and make beautiful memories with your best friends!