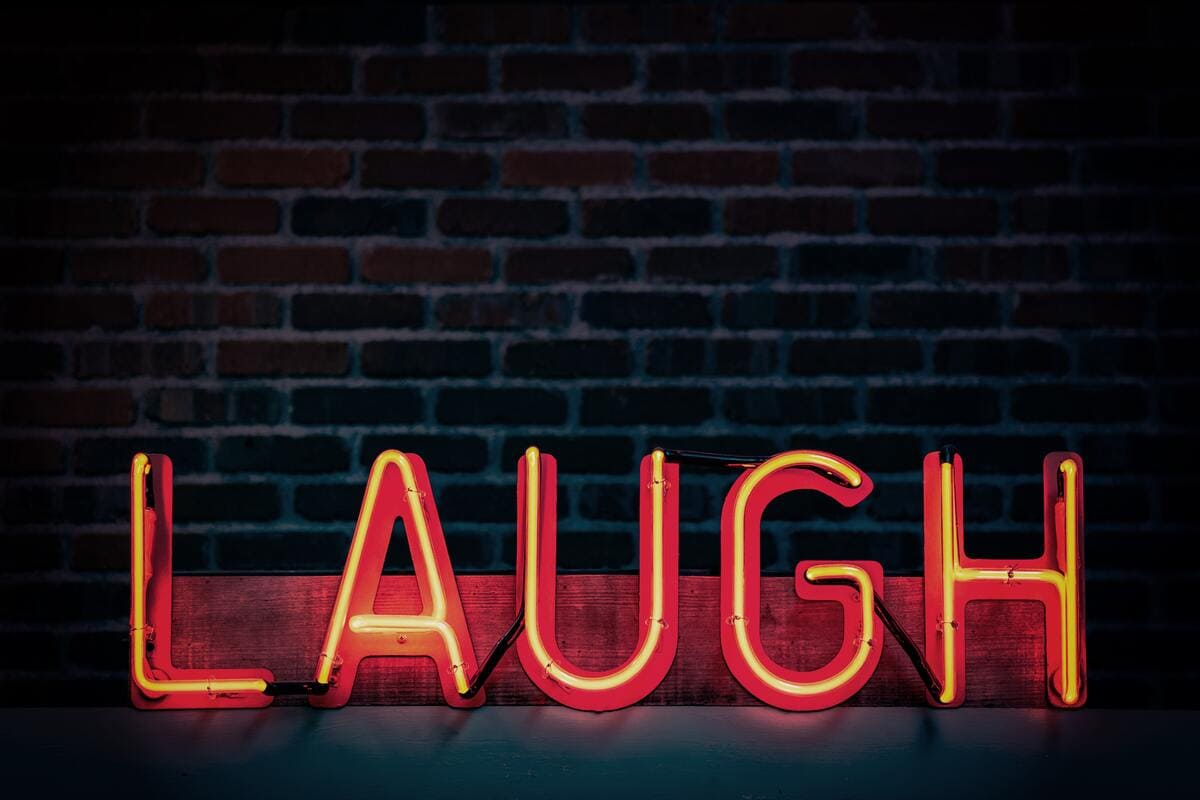 Live TV is one of the most popular formats where various shows are presented to the viewers and have always been a source of entertainment. It also is a source of funny moments that have millions of viewers on Youtube or any other channels. Comedy is for sure one of the best and more straightforward ways to relax yourself and laugh out loud after a hard day at work.

And since the last couple of years has been extremely difficult because of the Covid-19 pandemic and the whole uncertain situation in the entire world, it is more than desirable to buy comedy tickets for some of the best performers to relax and enjoy some funny moments.

John Oliver is for sure one of the funniest people in the world, and he has had a great career both on stage and on television as a host and as an actor as well. He is one of the most popular TV show hosts ever, widely recognized for his impressive show ‘’Last Week Tonight with John Oliver’’.

As you will see on the clip back from 2014, he is both funny and satirical about the climate change issues, and what makes him a great comedian is the fact that he addresses important topics on time. The fact that this is still a huge problem shows how much ahead of his time he was when he criticized the debate whether climate change exists because the real debate should be about how to deal with climate change.

Luckily for you, on January 1st, 2022, you will have the chance to watch him perform live at the Kennedy Center Concert Hall in Washington. This is a great way to start 2022, and it is even better that there are many live shows in January you can attend in order to relax.

Back in 2018 Kevin Hart made one of the funniest moments ever on TV when he was a guest on the show hosted by Jimmy Fallon, the popular ‘’The Tonight Show Starring Jimmy Fallon’’.

This video will make you burst into tears from laughing since Kevin is doing everything not to touch any of the animals that are brought in the show by the son of the legendary Hunter Steve Irwin, the then 14 years old Robert Irwin.

Fallon somehow manages to connect with all the tarantulas, birds, snakes, and other amazing animals, while Kevin looks like the only thing he wants to do is to escape from the show. The situation is funny as it is, but what makes it one of the funniest moments ever are Hart’s comments every time Irwin presents an animal to the audience.

Sharon Osbourne Walking Into A Door

Sharon Osbourne definitely had a lot of fun during her time on the mega-popular show X Factor. And even though she usually is the one that sparks a laugh from us, back in 2011, she made everyone laugh unintentionally because after having to leave the room because of laughing too much at a performer, she walked into a door.

Simon had to ask her to leave the room after not being able to stop laughing, and while she was going backstage, she hit one of the backstage doors with her head and still continued to laugh. This moment is for sure one of the classical X Factor moments ever.

Watching the video, you will see how much Sharon was laughing, and we can just imagine what Bill Burr would do when he would have been in the same place with Sharon. He is also a comedian who doesn’t shy away from situations that produce funny live TV moments.

When Adele Wasn’t Adele… Actually, She Was

Back in 2015, Adele made one of, maybe not the funniest, but definitely one of the most interesting moments on TV ever. On BBC television, she tricked everyone into thinking that she was an Adele impersonator, and what is even more interesting is that everyone believed her.

Dave Chappelle has made some of the funniest comedy skits ever and is considered as one of the best comedians of all time.

He often addresses various aspects of society in his stand-up comedy performances, and even though sometimes things even get controversial still, most people know that his goal is never to offend somebody.

There are for sure many funny moments on TV by Dave Chappelle, but one of the funniest is this one when he was a guest on the Conan O’Brien show. He addressed a topic, of course, in a funny way, actually presented his theory on why most newscasters are white. You will most certainly laugh a lot watching this video since Dave is one of the funniest people all over the globe.

Another TV moment that should be regarded as one of the funniest moments, if not ever, then definitely on the Jimmy Fallon show is when Fallon had a stand-up battle with legendary comedian and actor Jerry Seinfeld.

They both took turns delivering short funny, and interesting stand-up routines that were actually written by Jerry to determine who was better. Of course, the goal was to have fun, and you will also have fun watching the video on Youtube.

Chris Rock was the host of the Academy Awards so-called Oscars back in 2016. He was definitely one the best hosts ever, not just because he is extremely funny, but also because he made a great show that year.

He addressed various topics in his opening monologue, from the problem about why there is racism in the film industry, jokes about Bush’s foreign politics, among other things. All interesting topics were wrapped with extremely funny jokes, and no one could stop laughing at his outstanding comedy qualities.

Chris Rock is also one of the highest-earning stand-up comedians in the world, which is not a surprise since he has been rocking the stage for decades now, and we are all lucky that he still performs and creates some of the funniest moments ever.

Since there are too many funny TV moments of David Spade, it is best to watch this clip of some of the funniest moments while he is a guest on various shows. Whether he is a guest of Ellen DeGeneres and plays a quiz with her or he is telling jokes on any other live TV show, David always entertains the audience with his funny stories.

Luckily for you, from January 13th, he will have more than 20 shows in various cities throughout the United States, and you will have the chance to watch him live. Another good news is that in some cities like Las Vegas, he will perform together with also the legendary comedian Ray Romano.

Carrot Top As A Guest of Craig Ferguson

One of the best moments when two legendary comedians were on TV at the same time in the same show is when Carrot Top was a guest on the Craig Ferguson show, actually the legendary ‘’Late Late Show’’. Back in the day, Ferguson was the host of this show, and many share the opinion that he was the best late-night show host ever. Today, the same TV show is hosted by also a great comedian, James Corden.

In fact, as you will see in the video, Carrot Top was Craig’s guest many times and was a great guest because they would both tell jokes all the time, and Carrot also had some short stand-up performances with so-called prop comedy where he would take out various objects from his boxes and tell jokes about them.

Another comedian that is already considered by many to be one of the funniest comedians ever is definitely the charming Chelsea Handler. Back in 2016, when she was a guest on ‘’The Late Late Show with James Corden’’ they both played a one-on-one game called ‘’Spill Your Guts’’.

It is a game where there are various ‘’suspicious’’ drinks and food on a round table, and each player has to answer a very personal question, and if the player chooses not to answer, they have to eat items such as pickled pigs feet.

This itself sets the stage for extremely funny moments and things, of course, became even more funny since the two players were great comedians like Chelsea Handler and James Corden.

Last but not least, there are also many funny moments of Iliza Shlesinger, and one of them is for sure that time back in 2017 when she promoted her new book on the ‘’Late Late Show’’ with James Corden and also had a stand-up performance.

Iliza is one of the leading and funniest comedy performers today all across the globe, and it seems like she is getting better and better all the time. She is also talented at writing, and not only did she write a book, but she also wrote a screenplay for a movie. And most of all, she is extremely funny, so enjoy this video and buy some tickets for some of her live shows the first time you get the chance. If there is one thing that is sure is that you definitely won’t regret it, and you will have an enormous amount of fun together with your friends.

Here you have a wonderful list with videos of some of the best and funniest comedy TV moments in the past, and it is almost certain that there will be a lot more of them again in the future. Once you watch these videos, you will for sure have the urge to buy some tickets for a live comedy show since these performers rule the world of comedy today all over the world.

And now is the best time to buy a passage to a live comedy show since we all had some difficult times the past couple of years; we still don’t know how long the pandemic will last, so why not watch some of these performers live, relax with your friends or family, enjoy all the jokes and forget about the outside world for a while. One thing is for sure, no matter which performer of the ones listed above you will choose, you will most likely burst into tears from laughing all the time.

And since it has been said a long time ago that humor is the best way to relax, don’t waste any more time, buy comedy show tickets, and make some of the best memories ever!