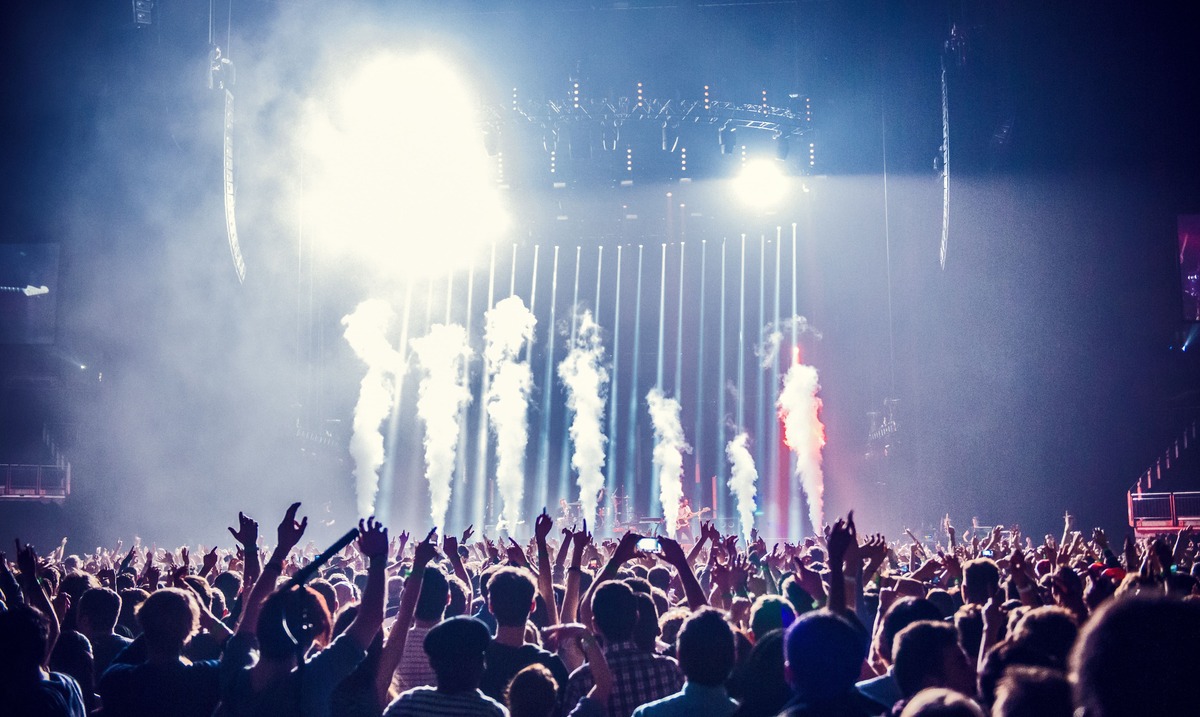 Even though we have almost become used to reading and hearing about musicians postponing 2022 tours music events due to Covid-19 pandemic issues, some of them also postpone them because of various other reasons.

That is why we at Gotstubs would like to address some of the latest postponed tours in order to keep you well informed. Considering all the changes that happened in recent years in the music industry but also in the whole world due to the Covi-19 pandemic hit, it is not a surprise why nothing is 100% certain.

Therefore, here you have the scheduled and then postponed 2022 tours music by music stars so far. Let’s get into it right away.

Adele was supposed to have numerous live shows in Las Vegas every weekend, and the tour was known as Weekends with Adele. These multiple live shows were supposed to be held at the impressive and famous The Colosseum At Caesars Palace.

Unfortunately for all of us, Adele had to postpone the Las Vegas residency, and what was even more unexpected is that this happened just one day before the opening night. In a tearful update on her Instagram, Adele basically said that she was really sorry, but the show was not ready yet. Also, she added that being awake for 30 hours to save the production still didn’t help, and they’ve run out of time, so the show had to be postponed. Adele also stated that half of her crew have Covid-19 and cannot work, so it’s impossible to finish the show.

If the Las Vegas residency is postponed for other dates, it is sad, but there will still be shows. But, if these shows actually never happen, it would be unfortunate for the fans who love her songs, and they adore the best love songs like the hit “Easy On Me.” Furthermore, Caesars Palace could lose up to 150 million dollars if Adele doesn’t return.

The legendary British songwriter and singer, Sir Elton John, had to postpone his upcoming 2022 tours music events since, unfortunately, Elton has the Covid-19 virus.

Luckily for you, Elton said that he had to postpone only some US concerts since he has just mild symptoms; therefore, he is expected to continue his tour soon. The award-winning singer and musician had to postpone his Texas live concerts, and on his Instagram account, he stated that for him, it is always a huge disappointment to move live shows, and he apologized for it, but he has to keep everyone safe.

The good news is that he will return immediately after he is well since the British musical legend said he is fully vaccinated and boosted; therefore, the mild symptoms are not a problem. Of course, he thanked everyone for the understanding, so if you are a fan, don’t worry; Sir Elton is coming back pretty soon.

Yet another tour had to be postponed due to the Covid-19 pandemic, and that is the European tour of the famous rock band Maneskin. The Italian rock band announced this sad and disappointing news for the fans on January 24th, after Maneskin had the impressive Saturday Night Live debut.

Even though the Eurovision sensation performers worked a lot in order to make this tour happen and everything was ready, they received important bad news about the capacity of the venues where they were going to perform. The main reason why they decided to postpone the European tour is because of the continuous protocol changing in different countries since it would be merely impossible to put on fantastic performances with such challenges.

Still, they are only postponing it for better times regarding the pandemic, so you will most certainly have the chance to see them live until the end of the year, especially during the summer.

The Fugees, No Fugees

Lauryn Hill is most certainly considered one of the best hip-hop artists ever, and rightfully so since she opened the door in the hip hop and rap world for a lot of female performers.

She was also a member of the legendary band called The Fugees, and the members decided to make something beautiful, and that is a reunion tour. Everything was perfect, and everyone was happy about it, especially the fans, but unfortunately, The Fugees also had to postpone the reunion tour because of the Covid-19 pandemic hit.

The excellent Lauryn Hill said on her Instagram that the great idea was to celebrate the 25th anniversary of their second and last studio album, “The Score,” but it is evident that now is not the best time to do so. This studio album is one of the best ever made in the music industry world since it sold more than 22 million certified sales all over the globe.

The 2022 tours music situations are a challenge for everyone, and organizing a reunion tour like The Fugees is probably even more demanding in this pandemic time.

Billy Joel Will Be Playing In August

A piece of slightly better news came considering the Madison Square Garden live show on January 14th by legendary singer Billy Joel. Of course, it is still bad news that it had to be postponed, but at least we know that it will take place on August 24th this year, which is actually the second postponement.

Nevertheless, the show is happening, and you can look forward to August 24th, as the great Billy Joel takes the stage and plays some beautiful piano notes and his favorite songs for you and your friends in the audience. Summer will for sure be the most suitable time to have fun, considering the pandemic situation.

The legendary rocker and former singer of the hard rock band Van Halen, David Lee Roth, had a plan to make five farewell live shows in a Las Vegas residency this January after he canceled precious planned shows at New Year’s Day and New Year’s Eve.

But, the live shows are now listed as canceled, and even though it is uncertain whether they are going to happen, the planned shows from New Year are currently planned to happen on February 11th and 12th this year. Therefore, you still have a chance to watch this legendary musician live.

Believe It Or Not, The Grammys Were Also Postponed

It may not be a 2022 tours music, but it is still an important event in the music industry; the famous Grammy Awards were also postponed. The first date that was set was on January 31st at the impressive Crypto.com Arena in Los Angeles, and then it was delayed due to the pandemic.

Luckily for all the fans, the rescheduled date for the Grammy Awards is close since it is set for April 3rd. And it looks like the fantastic 18-year old new pop star Olivia Rodrigo will win it all this year, so don’t forget to check this new music star and buy some tickets to enjoy one of her live performances in 2022.

Last but not least, the latest news that was announced from Aerosmith confirmed that they, unfortunately, are canceling the upcoming European and UK tour, of course, because of the pandemic situation around the world.

And it is not the first time since the 2022 tours music from Aerosmith were first postponed in 2020, then for later in the summer, and now once again. The members of Aerosmith announced that they are genuinely sorry they have to cancel the tour, but they know that the safety and health of everyone are now crucial; therefore, now it is not the best time for touring anywhere. And as you can see, most musicians feel this way and are all waiting for the Covid-19 situation to calm down a bit and stabilize in order for everything to start coming back to normal. Having a band playing at a massive stadium that is half empty because of protocols is not really a great rock show, is it?

Here you have some of the most important news about the latest postponed tours in 2022 so far. We are only at the beginning of this year, so we hope that things will change in the following months and that tours won’t be canceled or postponed anymore.

Even though dates are changed for many performers in many countries, on the other hand, the good news is that for most performers, you will have the chance to go to a live show on another date. So, not all is lost, and since summer days are coming and it is expected that the Covid-19 situation will be a lot more stable in the upcoming months, now is the time to purchase some tickets and have the time of your life; with your friends!