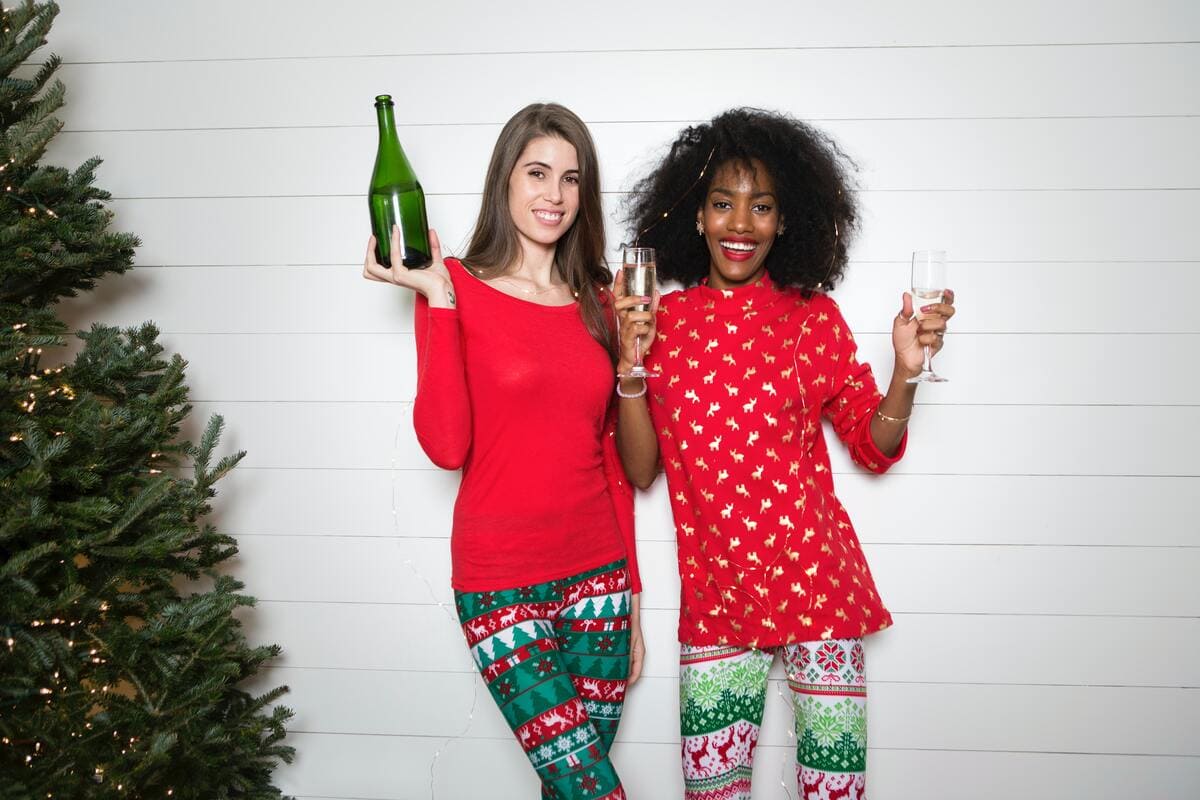 8 Christmas Concerts That Will Make You Feel the Holiday Atmosphere

Christmas is just around the corner, and what better way to celebrate this holiday than to go to a Christmas concert?

Even though Christmas music concerts aren’t happening precisely on December 25th since everyone is celebrating with their families, you can attend many shows around Christmas.

These live concerts are more memorable than regular ones because both the audience and the musicians feel the holiday atmosphere and the spirit of celebration. And since this holiday happens just before the end of the year and it’s a symbol of a new beginning, why not do something unique and go to a live show?

There are only two things you need to make this happen – to call your best friends and buy concert tickets immediately because they sell out fast!

Let’s see which musicians have concerts around Christmas.

If you want to experience a Christmas concert where love is felt in every corner of the concert venue and feel the warmth of holiday celebrations, then Adele is a perfect choice.

Adele has been the Queen of pop music for a long time, and rightfully so, since she already has four studio albums with many mega-hit songs. It’s fair to say that other pop singers may be more famous than her, but none of them can come even close to her singing abilities and sense of pop music songwriting.

If you want to have a unique Christmas experience, you should attend at least one of these two Adele concerts:

If you already have plans for these dates, don’t worry; Adele also has New Year’s eve concerts on December 30th and 31st.

Another holiday concert that can warm your heart around Christmas would be any Suzanne Vega concert since this American singer-songwriter has beautiful folk-inspired songs.

Vega celebrates a 40-year music career, which makes her upcoming concerts even more special. The mix of her career celebration and the Christmas atmosphere is something that a music fan can only experience several times. Vega became famous in the mid-80s with her four singles, Left of Center, Luka, Tom’s Diner, and No Cheap Thrill, which entered the Top 40 charts in the United Kingdom.

Her singing voice is more than beautiful, and her stage performances are warm, precisely what you need for a Christmas concert. Suzanne Vega’s concerts around Christmas include:

Matt Rogers became known as one of the finalists of the 3rd season of American Idol, and he is an excellent country singer who also became the TV host for There Goes the Neighborhood and Really Big Things.

Even though he was the second of 12 finalists to be voted off of American Idol, he later became a co-host for American Idol Extra. However, the most important thing for you is that he is still active as a country singer, and Matt is also a great songwriter. Since he has been starring in a series of commercials for Bosley Hair Restoration, it’s evident that Matt Rogers is a singer with many talents.

In 2017, Matt was a guest on The Ellen Show with Samantha, his daughter, to advocate for cystic fibrosis research, which shows how active this musician is in many fields.

However, let’s see which holiday shows you can attend around Christmas and enjoy the best Matt Rogers songs:

If you want to experience an entirely different Christmas concert this year, then it’s best to buy Samara Joy tickets immediately. She is a young promising jazz singer who was already named Best New Artist by Jazz Times last year and won the Sarah Vaughan International Jazz Vocal Competition in 2019.

This fantastic jazz singer has two studio albums, Samara Joy, released for Whirlwind Records in 2021, and Linger Awhile for Verve Records, released this year. The best is yet to come from Samara, and the world still hasn’t heard enough for this super talent, but it will, and Christmas is the perfect time to see her perform.

Because this holiday season is about starting over and discovering new things, it would be unique to see an excellent new singer like Samara Joy perform live.

Luckily for you, Samara Joy has a live concert on December 20th at the Birchmere Music Hall in Alexandria, Virginia.

When people search for Christmas concerts near me, they don’t expect to see Snoop Dogg as an option. But once again, Christmas is all about experiencing new things, so why not go to a Snoop Dogg concert with your friends and have a totally different experience than all other people around this time of year?

The California-born superstar rapper is one of the best hip-hop artists ever, and regarding entertainment, there are not many musicians that can make such a cool live concert as he. He is also an actor, record-producing artist, and songwriter who has sold over 35 million records worldwide.

If you want to have a lot of fun just a few days before Christmas, you can go to a Snoop Dogg love concert on:

Snoop’s concert guests on these live shows will be Ying Yang Twins, Warren G, and T-Pain.

We all know The Roots as the famous house band of The Tonight Show Starring Jimmy Fallon, but many have surprised faces once they hear that these musicians have been performing for 35 years.

The Roots are a hip-hop group at its core, but what makes them different from everyone else is their jazzy and electric approach to this music genre by using live instruments. This group is unique precisely because they use live instruments since not many A-list performers do so anymore, especially not in the rap and hip-hop world.

You can see The Roots in a different light than the one you are used to from the Jimmy Fallon show and relax after Christmas with their live shows at:

If there is a musical legend like no other on this list, then it’s Patti Smith and her 55-year career.

This American singer, songwriter, painter, author, and poet became famous with her debut album Horses in 1975 during the NYC punk rock movement in the 70s. Her nickname says it all – Punk Poet Laureate. We all know her best song Because the Night, which she wrote together with Bruce Springsteen.

Patti received a tremendous honor by being named a Commander of the Ordre des Arts et des Lettres by the French Ministry of Culture in 2005, while she also became a member of the Rock and Roll Hall of Fame in 2007. Also, Rolling Stone magazine placed Patti Smith at number 47 on the list of 100 Greatest Artists in 2010.

If you want to enjoy a Christmas concert with a musical legend in front of your eyes, you can attend Patti Smith concerts on:

A Christmas concert doesn’t necessarily mean a concert with many lyrics, warming love songs, and slow music tunes. It can also be something exciting and electrifying, and The Chainsmokers is the perfect choice for such an experience.

They are an American electronic DJ duo consisting of Andrew Taggart and Alexander Pall, also known as Drew and Alex. This EDM-pop duo has won two American Music Awards and one Grammy Award, among many others. A fun fact is that according to the Forbes 2019 list of highest-paid celebrities, this duo was the highest-paid one among DJs, dethroning Calvin Harris after six years.

If you are tired after all the Christmas dinners and talking to relatives you see once a year, The Chainsmokers can boost your energy on December 27th at the Belly Up Aspen in Aspen.

The time before and after Christmas is the most wonderful time of the year, so why not make it even more beautiful by attending at least one of these live concerts?

The only thing you have to do is to get together with your best friends and purchase concert tickets for any of these fantastic singers as soon as possible since they sell out fast. The memories you will make having fun this holiday season can be a massive energy boost for the year to come.

If you don’t love the idea of attending a Christmas concert, we recommend you go to Christmas plays, which are also a great way to celebrate the end of 2022.

We wish you a lot of fun!