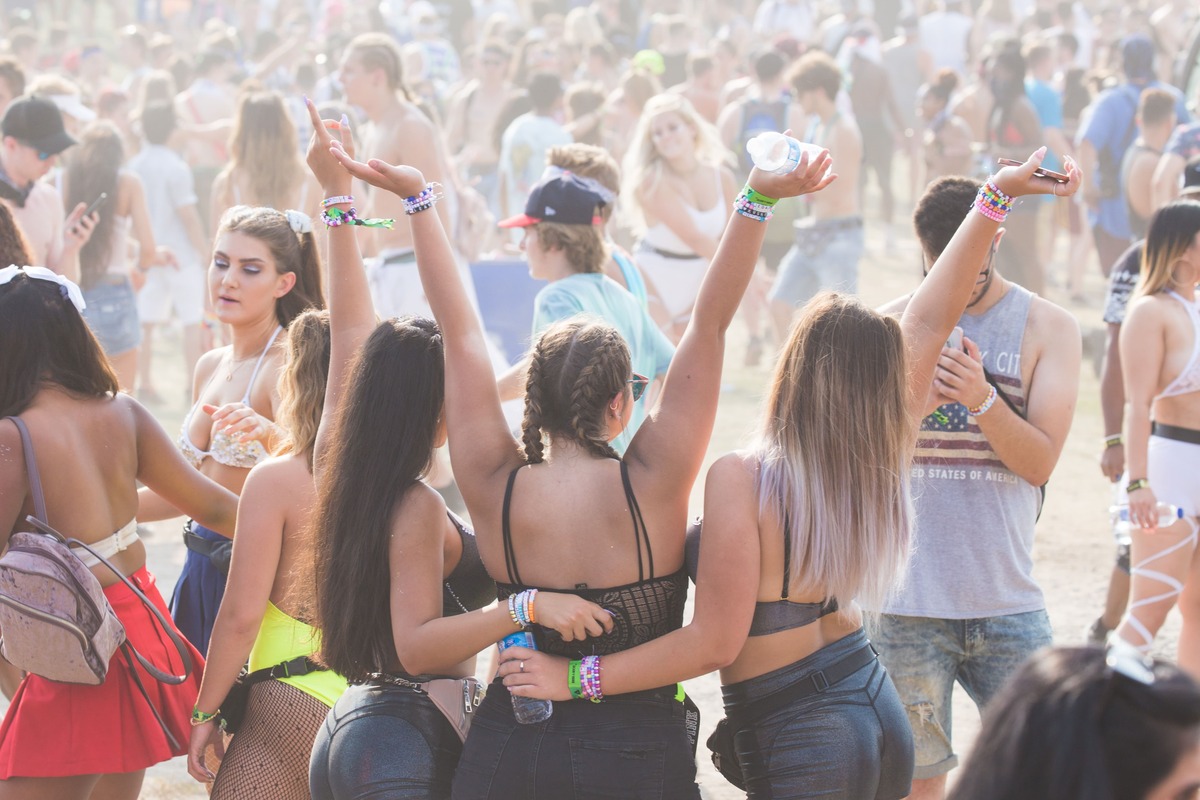 11 Biggest Music Festivals in the USA

The time of lockdowns and quarantines because of the global pandemic is finally behind us – knock on wood – so going to live concerts, theater performances, and sports events is available.

However, one type of event that is even more exciting than all of the above is a music festival. Music festivals are a place where you can see many A-list musicians at one place for a much cheaper ticket price, meet people from all over the globe, get involved in various festival activities during the day, etc.

Still, the question remains, which music festivals to attend?

Well, that’s why we are here, so let’s see which are the biggest music festivals in USA.

Believe it or not, Lollapalooza began its journey back in 1991. Even though it was paused several times, luckily for you, it’s back on track since 2021. Regarding music festivals USA, Lollapalooza is as good as it gets.

Aside from having fantastic musicians performing every year, it’s also a festival where you get a gathering of dance, craft booths, and exciting comedy moments, all in one place. Therefore, it’s a multi-genre experience that also gives a chance to both nonprofit and political performers and groups.

Lollapalooza is a music festival where many young talents’ careers began since this organization gave them a chance to perform in front of thousands of music lovers.

Coachella is at the top of the list of big music festivals USA.

Because Coachella tickets sell out quickly every year. Once you arrive at the Indio desert in California, you will enter a world of neverending activities along with top-rated performers from the music industry. Every music festival lover has Coachella on their bucket list since it’s a fantastic source of entertainment and a chance to experience some of the best times of your life.

The 2022 edition was held from April 14-16 and 21-23, 2022 and the Coachella 2022 lineup had these performers rocking the stages: Billie Eilish, Harry Styles, The Weeknd, Lil Baby, Swedish House Mafia, Megan Thee Stallion, Phoebe Bridgers, and Flume.

But don’t worry, Pitchfork will also have a fantastic lineup in 2023 when it happens in July next year.

What’s interesting about the Pitchfork Music Festival is that it’s organized by the independent music source Pitchfork Media. It’s a three-day event that provides everything from punk, rock, and jazz to hip-hop and electronic music. Pitchfork is the place to visit if you want to see something from the alternative stage.

That’s not all since it also has food, various beverages, art, and a record fair, so you’ll get an entire cultural experience.

One of the music festivals USA for which you can still buy tickets!

This festival has an eight-stage celebration of various music genres, so it’s not a surprise that Austin is one of the top 10 music festival cities in the United States. It also has a unique family area, excellent drinks and food, and an excellent art market. It was a one-weekend event, but because of its fast-raising popularity, it became a two-weekend event back in 2012.

Here’s a music festival for which you have time to buy tickets without a rush since the next one is from March 10 to 19, 2023, also in Austin, Texas. However, they sell out pretty quickly, so don’t wait too long.

One of the best music festivals USA, South By South West, is a massive launcher of music careers and also a place where new trends arise. It’s an annual show of both music and film, but there are also many interactive activities such as screenings, performances, talks, and much more. Even more so, South By South West is a place where music fans and music industry media representatives go to discover the next fascination in the world of music and art.

Music festivals USA wouldn’t be so popular if it wasn’t for Electric Daisy Carnival Las Vegas since aside from the US, where it also has an Orlando edition, it’s also held in Mexico City, Seoul, Tokyo, Portimao, and Shanghai.

It’s fascinating that this music festival breaks the attendance record every year, and no wonder why since it’s an event where music fans can enjoy high-quality electronic music by the best performers.

The best news – the EDM 2023 lineup is already announced!

It will happen from May 19 to 21 in Las Vegas with these artists hitting the stages:

If you are a fan of music festivals USA with jazz music, there’s no better festival than the New Orleans Jazz & Heritage Festival. The future of the music industry may be changing, but this music festival still holds on to its roots.

This music festival it’s not just an annual event; it’s something that means a lot to the New Orleans community since it dates back to 1970. And it’s not just about stage performing; it’s an entire cultural experience with jam sessions, legendary musicians, new jazz talents, A-list rock bands, and much more.

The 2022 lineup will show you exactly what we mean:

Seen as one of the leaders of electronic music regarding music festivals USA, the Ultra Music Festival turns the stress of Miami into an ongoing party with worldwide DJs entertaining music fans from all over the country. And don’t worry; Ultra Music will stay in Miami until 2027.

The next Ultra Music Festival is set for March 24 to 26 next year, and a hint of how impressive the lineup will be is the fact that the 2022 lineup was fantastic. Electronic music fans had the chance to see David Guetta, Martin Garrix, Carl Cox, Nina Kraviz, DJ Snake, Armin Van Buuren, and Alison wonderland.

When it comes to multi-genre music festivals, Boston Calling is one of the best choices that’s set over Memorial Day weekend. You have an opportunity to see some of the best music performers from the electronic scene, rock, hip-hop, and more.

Aside from music, this festival also has a fantastic selection of Boston’s best art installations, a ferris wheel, food vendors, immersive games, etc. One can already feel the excitement for the following Boston Calling Music in May 2023.

The last year’s lineup had some top-rated performers on the menu such as Rage Against The Machine, Foo Fighters, Sudan Archives, Black Pumas, Run the Jewels, Haim, and EarthGang.

AFROPUNK became one of the biggest USA music festivals, but it’s also one of the most famous worldwide. But it wasn’t like that right from the start since it began as a DIY movement; however, it has grown into something spectacular.

It already attracts around 60,000 people with its mix of activism, art, and music, spreading its message worldwide. AFROPUNK celebrates black culture and provides a sense of belonging to those who feel on the margins of modern society.

The next festival is set for September 2023 in Brooklyn, and the last lineup was made out of musical talents such as Earl Sweatshirt, The Roots, Burna Boy, Adekunle Gold, Lucky Daye, Freddie Gibbs, Isaiah Rashad, and a lot more talents.

Last on the list, but equally entertaining when it comes to music festivals USA is the Governors Ball Music Festival. New York is waiting for you and your positive vibes in June 2023.

Gov Ball is an exciting and electrifying musical mixture of pop, rock, electronic music, and hip-hop. You also get to try many food tastes along with the many music genres. The “Perfect Mix” is what Governors Ball Music Festival can be renamed as, considering all its top-rated bands and singers alongside its cuisine.

Here you have a list of the biggest music festivals in the United States. Even though some of them are happening far from now, you still have many upcoming concerts 2022 you can attend.

However, a music festival is a special event, so make sure to buy tickets before it’s too late since tickets for these USA music festivals sell out extremely fast! So, call your best friends immediately and make a plan that will provide you with some of the best moments of your life!