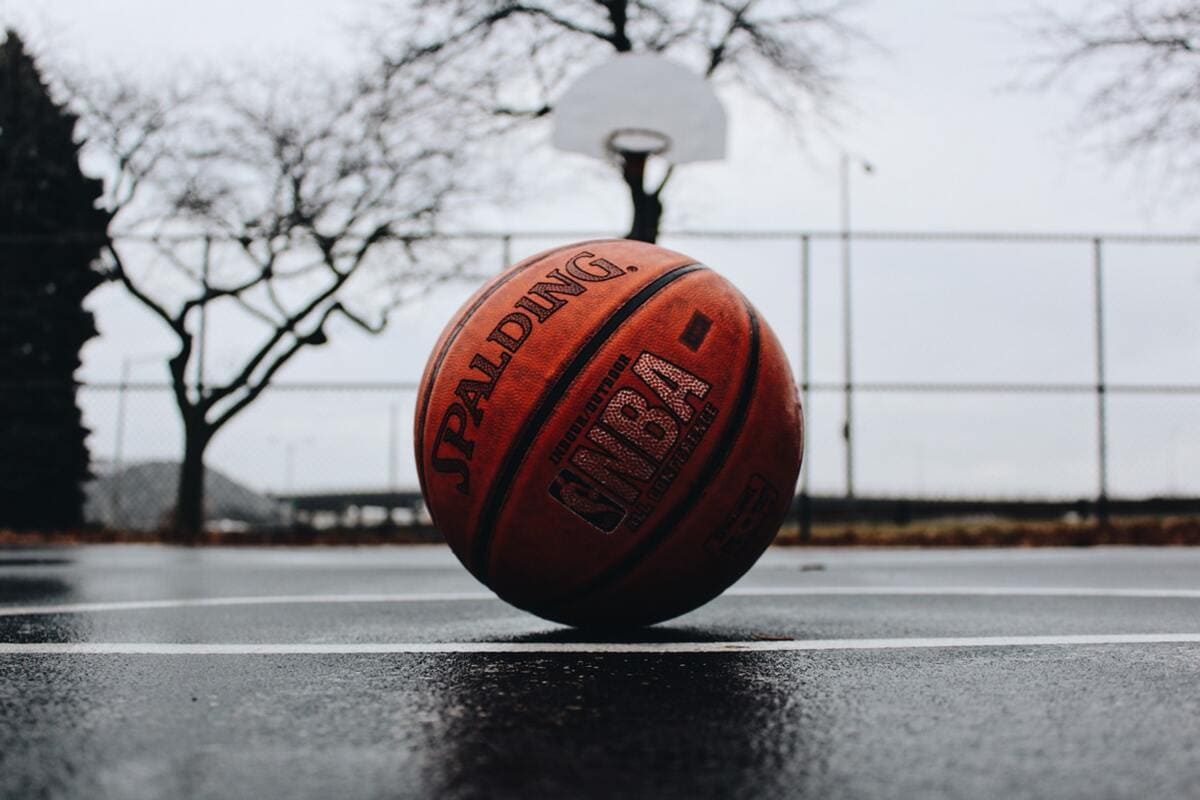 10 Exciting and Fun NBA Moments That Everyone Remembers but You

Of course, we all remember the best players in the NBA for their dedication, professionalism, fantastic talent, and all they have given to basketball and its fans. However, with the busy schedule of playing 82 games only in the regular season, many interesting basketball moments are also happening along the way.

This is a reason enough to remind ourselves of the ten most exciting and fun moments from the NBA’s history in the midst of the beginning of the 2022-2023 season.

Back in 2011, the Dallas Mavericks won the NBA Finals against the Miami Heat, and Dirk Nowitzki took the Finals MVP trophy home.

At this time, the Mavericks were slower, older, and far from athletic, especially playing against the Miami team. Therefore, most NBA fans and sports commentators thought that the Heat would beat Dallas like in 2006.

However, Dirk was not only a fantastic basketball player but also aware that, considering his age, he would likely not get another chance to win an NBA title. So, Nowitzki led a 15-point comeback in Game 2 and certified a chance of winning by making a critical 3-pointer with only 26.7 seconds left in the game. Even more, he nailed the win by delivering a game-winning layup while avoiding Hasleem’s attempt to stop him.

One of the best NBA moments ever happened while the whole world thought that the San Antonio Spurs were going to win and take it all. Thanks to the fantastic plays of Tony Parker and Tim Duncan, everyone thought Miami’s chances of winning again were out of the picture. Even the fans began walking out of the arena.

And then, something happened to the Spurs, and that something is Ray Allen.

There were less than 19 seconds left, and Chalmers had the ball. He gave a quick pass to LeBron for him to hit a game-tying 3-pointer since who else would take a clutch shot other than him? However, James misses, but Bosh makes a rebound and passes the ball to the corner to Ray Allen. “Jesus Shuttlesworth” quickly moves into a position to shoot a 3-pointer and nails it!

Such cool NBA moments almost never happen, but this time history was made in a blink of an eye. This 3-pointer by Allen made Miami stay in the series and boosted their team enormously, eventually winning the NBA championship!

Wilt Chamberlain is not the tallest NBA player, but many consider him the toughest one together with Shaquille O’Neal.

With six minutes left in a game between the New York Knicks and then called Philadelphia Warriors, today’s Golden State Warriors, the Knicks can’t stop Wilt from dominating.

Therefore, they start playing a four-corners offense just to run the clock by holding the ball, even though trailing. It sounds entirely irrational, but the reason is that the Knicks don’t want to become part of NBA history but in a negative way. Evidently, this didn’t help since Chamberlain scored 100 points, and no one has broken this record, even though it was set on March 2, 1962.

This performance is one of the greatest NBA moments in history, and the only bad thing about it is that there’s no video footage of the game. This game wasn’t televised since back then, the NBA wasn’t popular as today, and there are only audio recordings of the 4th quarter.

LeBron James Goes to Play for the Heat

LeBron James may be loved by many NBA fans all over the globe, but when he decided to leave the Cleveland Cavaliers and go to Miami, he became the number one target of criticism and hate.

Instead of staying in Cleveland as he initially promised or transferring to a team that hasn’t won an NBA title in years, such as the Knicks or the Chicago Bulls, he decided to go to Miami and team up with Chris Bosh and Dwyane Wade to create a super-team with Erik Spoelstra and Pat Riley.

No matter the criticism, LeBron would succeed in his goals and go on to win two NBA titles with this team. But not only that, but he would also mark the beginning of the era when other teams began to follow his example and form super-teams in the following years.

The NBA preseason start is sometimes an excellent clue of what will happen in the season, but even the NBA summer league scores can never truly predict who is going to be the best team or which player will create some fantastic plays.

Speaking of players creating fantastic plays, back in the 2014 NBA Playoffs, Damian Lillard did something extraordinary. This is one of the best NBA moments ever since, with only 0.9 of a second left, it seemed like the Portland Trail Blazers would lose and there would be a Game 7 in the Houston Rockets arena.

However, Lillard evidently didn’t like that possible scenario since he hit a miraculous buzzer-beater over Parsons to seal the win. At this time, Portland hasn’t had funny NBA moments in the playoffs in many years, but Damian’s game-winner brought hope to the Blazers’ fans.

Many basketball fans expected Ron Artest to do everything to win in these Finals, but no one expected that “Metta World Peace” would have some kind of an NBA All Star game, especially not in Game 7.

The Los Angeles Lakers won Game 7 against the Boston Celtics a great deal thanks to Ron. The Celtics wanted to close out the series by defensively pressuring Kobe and Gasol, but Artest wouldn’t let Boston win on their terms.

His defense on Pierce was fantastic since Paul finished the game with 18 points on 5-of-15 shooting, which boosted the Lakers together with Ron’s offensive rebounds and a 3-pointer to seal the victory.

Kobe Bryant’s last game in the NBA began almost like any other game that season – the Lakers were stuck at the bottom of the Western Conference, so even though everyone was excited and sad since this was his last game, no one expected anything spectacular to happen.

However, Kobe made a surprise, and this is only one of the many reasons why he is a legendary basketball player. Kobe washed up the Lakers’ bad season and made fans forget all the negativity with his last performance, creating one of the most beautiful NBA moments ever. With the two game-sealing free throws, he scored an incredible 60 points, and Los Angeles beat the Utah Jazz 101-96.

This was Kobe’s perfect way of ending his remarkable NBA career, which made Lakers fans sadder that he was leaving but happy that he made a historical moment for himself and the franchise.

Now we know that It actually wasn’t a flu game since, in the fantastic Netflix series, The Last Dance, everything was finally cleared out – it was food poisoning.

Nevertheless, before Game 5 of the 1997 NBA Finals, supposedly a sabotaged pizza was delivered to Michael’s room by Jazz fans, which caused the poisoning. Michael was in pretty bad shape, throwing up all night, and he wasn’t expected to play the game.

Still, Jordan being Jordan, he found strength somewhere deep inside him and not only played the game but also scored an outstanding 38 points. Of course, the Bulls won the NBA title later in the series, in a great way thanks to Michael’s crucial performance in this game.

This moment still remains one of the most interesting NBA moments of all time, and that’s why it’s still found on this NBA fun facts 2022 list, reminding all of us why Jordan is considered by many the greatest of all time.

Robert Parish Played His Last Season for the Bulls

Yes, you read that right; sometimes rivals come to a situation when they must play on the same team.

The legendary Celtics player, who also played for the Warriors and the Charlotte Hornets, played his last season with the Bulls. Moreover, he even won his 4th NBA title since it was 1997, although he played only two games in the Playoffs for 9 minutes per game and 43 games in the regular season.

This wasn’t a surprise since he was 43 years old, which made him the third-oldest player ever to play an NBA game. For many reasons, Robert Parish is a legendary basketball player, but one of the most fascinating is that he still played professionally at this age.

Shaq Made Only One 3-Pointer His Entire Career

Shaq had 22 attempts to hit a 3-pointer in his long NBA career but managed to score only once. It happened while he was playing for the Orlando Magic in the 1995-96 season against the Milwaukee Bucks.

Shaq is a four-time NBA champion and is considered the most dominant player ever to play the game of basketball, but shooting wasn’t his forte, especially not three-pointers. The moment he hit his first and only three was in this game when Orlando inbounded the ball, and with 2 seconds left on the clock, he managed to take a shot.

Of course, Shaq was also known for his inability to hit free throws, but three-pointers were even more far away from his playing style.

Here you have some of the most fun and exciting NBA moments of all time, and we hope that this list “provoked’” you to remember some historical moments that will be part of basketball’s history forever.

If you like to witness the future ones, don’t forget to buy NBA tickets and enjoy watching your favorite NBA players giving their best every night on the basketball court!